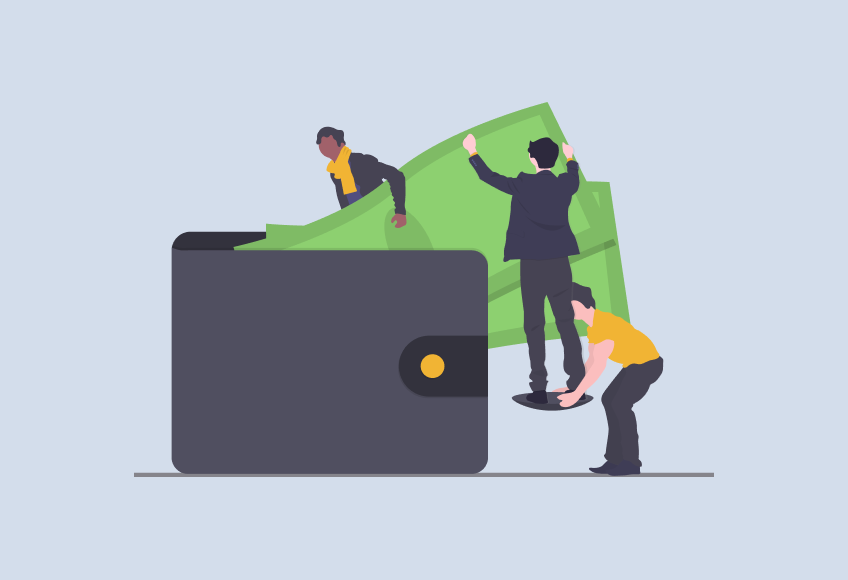 For us humans, nine months is just the right amount of time to produce healthy punctual progeny. For possums, it’s enough time to produce around three bountiful broods of up to 40 offspring. For elephants, it’s not even halfway to producing one of their burly babies.

Why are you reading about the gestation periods of mammals on a recruiting tool blog, I hear you ask. Well, it’s so we can segue into this terrible but shameless pun, of course...

It’s strangely fitting that we’re writing this nine months after it was made compulsory for UK companies with more than 250 employees to publish their UK gender pay gap data. Women bearing the majority of caregiving responsibilities from maternity leave (and beyond) means they’re still behind their male colleagues when it comes to pay. But has this new gender pay gap data given birth to (last joke, we promise) actual change in parity when it comes to pay?

You win some, you lose some

Each year, Equal Pay Day marks the day when women in the UK are effectively working for free because of the gender pay gap which still haunts half of the workforce. In 2018 this fell on 10 November, and has done for the last few years, so signs of progress are a little sluggish. We wish we had some thrilling figures showing that everyone’s been fighting the good fight and slashing their gender pay gap in half like Boxing Day sale prices. But in reality it’s not quite that auspicious.

So far 992 companies have published their data for 2018, and there is some promising progress from companies like Monzo. The internet bank reduced their gender pay gap from 48 percent in 2017 to 14 percent in 2018.

On the other hand, HSBC’s already gargantuan mean (and yes, pretty mean) pay gap of 59 percent in 2017 has widened to 61 percent, with the median rising from 29 to 30 percent.

In reality across the board, gender pay gap reporting in the UK has only led to a very narrow reduction in the pay gap so far, as little as 0.4 percent. So narrow is the fall that some suggest that it would have gone down even without the new reporting requirement for employers. The numbers are also highly changeable, as company’s GPG figures can sway year on year as top-paid female executives move on.

Even as employers take steps to close their gender pay gap in the long term, their gap may widen and shrink in the process. If the change we’ve seen so far is anything to go by, we have got a way to go, with the majority of companies left to report for this year.

The patriarchy wasn’t built in a day, and the gender pay gap was certainly never going to close overnight. Sorry for being a bit of a wet blanket, but let’s see what the real situation is, and crucially, what more can be done?

It’s been widely discussed that closing the gender pay gap is good for business, and as companies come under greater scrutiny, it’s definitely good for their reputations. Back in April we were encouraged to see that about 40% of companies had put the responsibility for reporting UK gender pay gap data right at the top with their CEOs. And as it stands the Government Equalities Office reports that 7 out of 10 companies are having discussions at board level, and see reducing the gap as a high or medium priority.

The will for change doesn’t stop with the board, as research from the Equality and Human Rights Commission suggests. In a survey in October: ‘Around three quarters of respondents (80% of women and 69% of men) would be willing to take part in actions and activities to help their employers tackle the gender pay gap.’ The motivation to change the systems and processes behind the UK gender pay gap is there, but employers just need to harness it.

There’s no doubt that the #MeToo movement of the last couple of years has put gender equality on the agenda for the majority of businesses. But where the gender pay gap is concerned, publishing stats is just the beginning of closing it. Shocking numbers and high profile cases are of course good for raising the profile of issues – but this is as much about change in the local fire service as it is the FTSE 100. It’s the reality underneath each pay gap percentage that’s got to shift.

How to walk the walk

It’s simply not enough for companies to report this data each year and tinker around the edges to reduce their gender pay gap by miniscule increments. If they really want to see their gap shrink, in the words of Minister for Women Victoria Atkins:

‘We want employers to understand the causes of their gender pay gap and create action plans that will close those gaps for good.’

Companies who want to make meaningful reductions to their gender pay gaps need to be asking some hard questions about the way recruitment, retention and promotion processes are working for women. The gender pay gap may ultimately be about the number of pounds you’re paid, but in reality it’s people-based processes which will be what levels the playing field. It’s about cheeky Charlie negotiating a higher salary when Charlotte didn’t even know she could.

It won’t be easy; in fact it’ll be bloody hard work, but what worthwhile things aren’t?

The Government Equalities Office has helpfully just published a set of eight detailed questions for companies to figure out where their gap is coming from, and pointers for sorting it out:

When it comes to the recruitment piece of this gender pay gap pie, we’ve got more than enough know-how. We’ll help you finish it so there are no gender-biased crumbs left in your hiring process, once and for all.