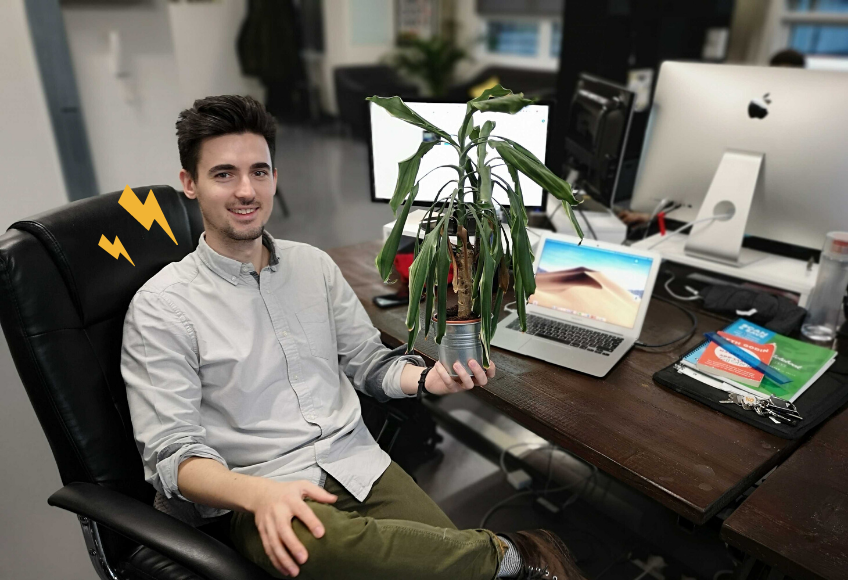 This is part 2 of our candidate experience series - talking to real Applied candidates about their experience of our data-led blind hiring process. Rejection never feels great, but it doesn’t have to be horrendous. Here's how an unsuccessful candidate felt about the Applied process.

Check out part 1 to find out how it all went down for our Content Marketer Joe (the hired candidate)... and hear his bizarre tale of woe about the nonsensical recruitment process he endured prior to getting the job here at Applied.

I’m the other guy – the one that didn’t get the job.

And you know what? It wasn’t so bad after all.

During my 28 long years, I’ve had my fair share of interviews – from a surprisingly boring encounter with MI5 to a boozing session with Juventus Football Club, I’ve seen it all.

I threw my hat into the ring for a content marketing job (which the worthy Joe Caccavale eventually got) and for the first time found an application process that I actually enjoyed doing.

No arbitrary educational requirements, no meticulously manipulated CVs, and no forced interviews trying to blend in with ‘the boys’. Just relevant tasks, skills-based interviews, and no delving into my quite frankly bizarre career (it raises eyebrows, trust me).

Though I didn’t end up bagging the job, going through Applied’s process didn’t leave me curled up in the corner of a dark room silently weeping.

In fact, it was quite the opposite. I came out feeling positive because I was certain that this is the future of recruitment, a fair process that ensures the job goes to the most worthy candidate.

Here’s why my rejection from Applied felt more like a pat on the back than a slap in the face.

I knew from the beginning that this application was going to be different. The job ad was simple and clear, focusing less on ‘requirements’ and more on exactly what the role would entail – no corporate bullsh*t language (if you don’t know what that is, check this out).

I read through and decided to apply.

To my pleasant surprise, I didn’t have to dig out years of certificates or even provide a copy of my jumbled CV. All I had to do was answer five questions that were directly related to the day-to-day activities of the job.

The questions were actually quite fun – a change from the usual arid demands asking you to demonstrate certain values, which often are not linked to the role in any way. I even received a couple of friendly follow-up emails encouraging me to finish and submit the answers before the deadlines.

From the get-go I found the process to be simple, relevant and efficient. Applied certainly made a good first impression, but would they feel the same way about me?

A couple of weeks later I got an email inviting me to an interview – get in!

In all honesty, I wasn’t expecting it. My previous job had been as an external financial auditor (told you it was weird) and I had limited relevant experience, so getting called to interview purely based my answers was a good feeling.

The interview was different from what I’d experienced previously. For a start, there were three people interviewing me and one of them was from a completely separate department. I felt that this showed how Applied value opinions across their company regardless of expertise, and that they already wanted to create a feeling of inclusion.

The questions themselves focused on my thought-process rather than experience – quite a relief given that I still find it hard to explain my erratic life choices. Nobody asked me where I went to school, what I do on the weekends, or what I’ve been up to since my degree.

I must’ve done something right as they called me back for a second interview.

It followed the same pattern as the first, again focusing on my thought processes and skills rather than if I play squash or go skiing in Val d’Isere every year. This time there were new faces though – I felt like I was gradually getting to know the whole company.

After an hour or so of interviewing and role-play, I was sent on my way with the final task – a short written case study, something that would form part of the actual job.

The Knock Out Blow

A couple of weeks passed and then an email popped up from Applied. I hadn’t got it.

Rejections never feel great, but this one wasn’t too bad.

For a start they actually let me know – quite a few companies I’ve come across before never get back to you. “Assume you haven’t been successful” is more common than many recruiters would admit.

Here’s an example of some of the stuff I got back (turns out I’m a strategic, research-led writer lacking in creativity – probably quite a good call for an ex-auditor):

The Result – A Positive Rejection

Though I didn’t get the job, I don’t have a bad word to say about Applied and its process. It measured me on skills alone and didn’t take account of my headless-chicken of a career to date. What’s more is that the feedback received proved really helpful going forward in my job hunt – I worked on my weak spots and bagged a position shortly after.

‍
If you want a recruitment process that doesn’t reduce candidates to broken sceptics, then check out Applied’s guide to hiring. Who knows – you might get a reject singing your praises down the line.