Why we give every candidate personalised feedback 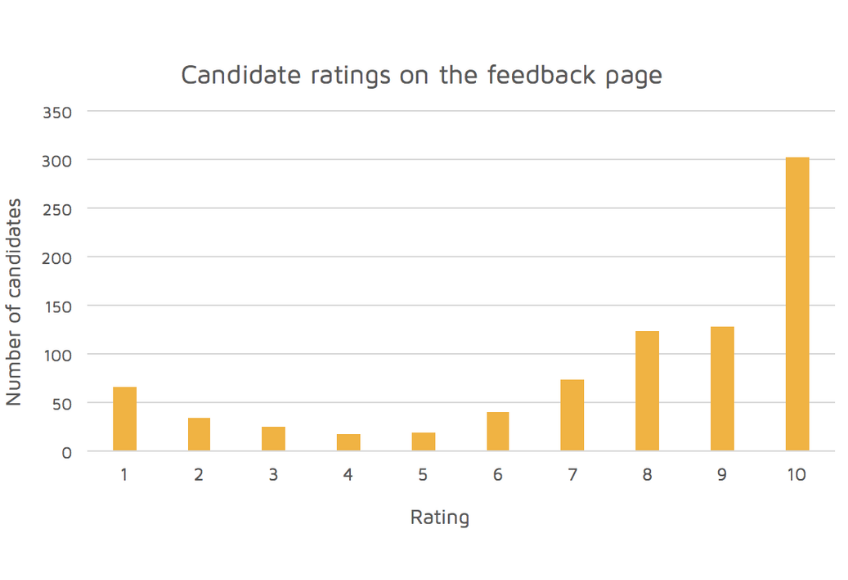 We’ve all been there. You’ve spent a weekend poring over your application, shifting paragraphs around, weaving in buzzwords so your application stands out to the faceless person on the other side of the email inbox. It’s 11:59pm the night the job closes, and after hours of fiendish effort, you hit send nervously.

A week ticks by, and another. And suddenly it’s been a month and your browser is refusing to refresh any more times. Should you get in touch? Maybe a non-creepy slow walk past the office to check there hasn’t been some kind of incident?

Let’s just call a spade a spade. No-one likes applying for jobs. It can be time consuming and for most people, putting yourself out there feels awkward and personal. What’s worse is the power is so asymmetric: you apply for a job and maybe, just maybe, you’ll be lucky enough to get a generic ‘Thanks, but no thanks’ email at some point in the distant future (Exhibit A below).

We can do better

Applied is a hiring platform. But the glum reality is that we’re actually a rejection platform. We’re lucky to have some pretty exceptional, competitive clients hiring with us, and that means that for every job they hire for, hundreds and sometimes even thousands of people miss out.

One of the obvious ways we can give back to those who don’t get the job is to provide them with useful feedback. It’s a sign of reciprocity: giving something back in exchange for the enthusiasm, time, and energy the candidate has put in applying for the job.

But it also makes business sense. Most people intuitively get that there’s a relationship between how you make a candidate feel and your organisation’s brand.

Some CEB research indicates that as many as 1 in 4 candidates walk away from a recruitment process with an actively bad impression of the organisation, and of those, 1 in 3 will tell their friends, and 12% will put something up on social media.

For consumer-facing organisations, the impact could be even more acute. Their research shows that almost 1 in 5 people who’ve had a bad candidate experience will stop using products/services from that organisation in the future. [Extrapolating, they estimate this could amount to a foregone revenue cost in the millions each year).

So why don’t more organisations give feedback? We asked employers. For most, it comes down to the time cost — collating evidence as to why someone wasn’t right for the job can be time-consuming if you don’t have it all in systems, and then there’s the process of interacting one on one with up to hundreds of disappointed candidates.

(NB: for some organisations, the lack of feedback is because they have nothing much to say, they may not have even read the application, or haven’t kept record of why it didn’t meet the grade.)

We wanted to try to bridge this somehow, and so we decided to take the apparently radical step of making it the default that when someone is sent an email telling them they haven’t progressed, that they get a link to a webpage they can go to (if they want) to find out how they were scored. At the same time, they can also learn a bit about the process they were reviewed under (see Figure 2 below).

For obvious reasons we don’t reveal all the details about how questions are scored, but we do aim to give candidates a sense of how they compared to others who applied and where their strengths and weaknesses were. That can help them improve next time, or just learning what might be a good fit for them role-wise.

At the same time as giving candidates feedback, we also asked them to rate the process (a bit meta, I’ll grant you).

Since we instituted feedback a few months ago, almost 1,000 candidates have submitted ratings.

One in three gave a rating of 10/10, and the median score they gave was 9/10. Let that sink in. That’s the rating given by people who were unsuccessful at getting the job, hardly the moment when you’d think they’d be feeling most upbeat.

We also gave them an opportunity to comment. Not every single comment was glowing: understandably sometimes people disagree about how they’ve been scored or want more detail as to why.

But fully three-quarters of all the comments read something like these:

Thank you, one of the worst parts of not being chosen for a position is not understanding why or how I can improve myself. This is incredibly useful feedback.

Made me feel more “cared for” as a candidate than any other applications system I’ve used.

Great service, getting feedback, or, even, a reply in today’s job market is a rare thing. Would definitely recommend.

Providing feedback won’t claw back the pain of rejection, but it can help to demonstrate that you appreciate and respect the time candidates put into applying to your organisation. And if done constructively, can help them to learn for the future.

Kate Glazebrook is co-founder and CEO of Applied, a SaaS platform that increases hiring precision and reduces bias.