Racial Discrimination in the Workplace Report 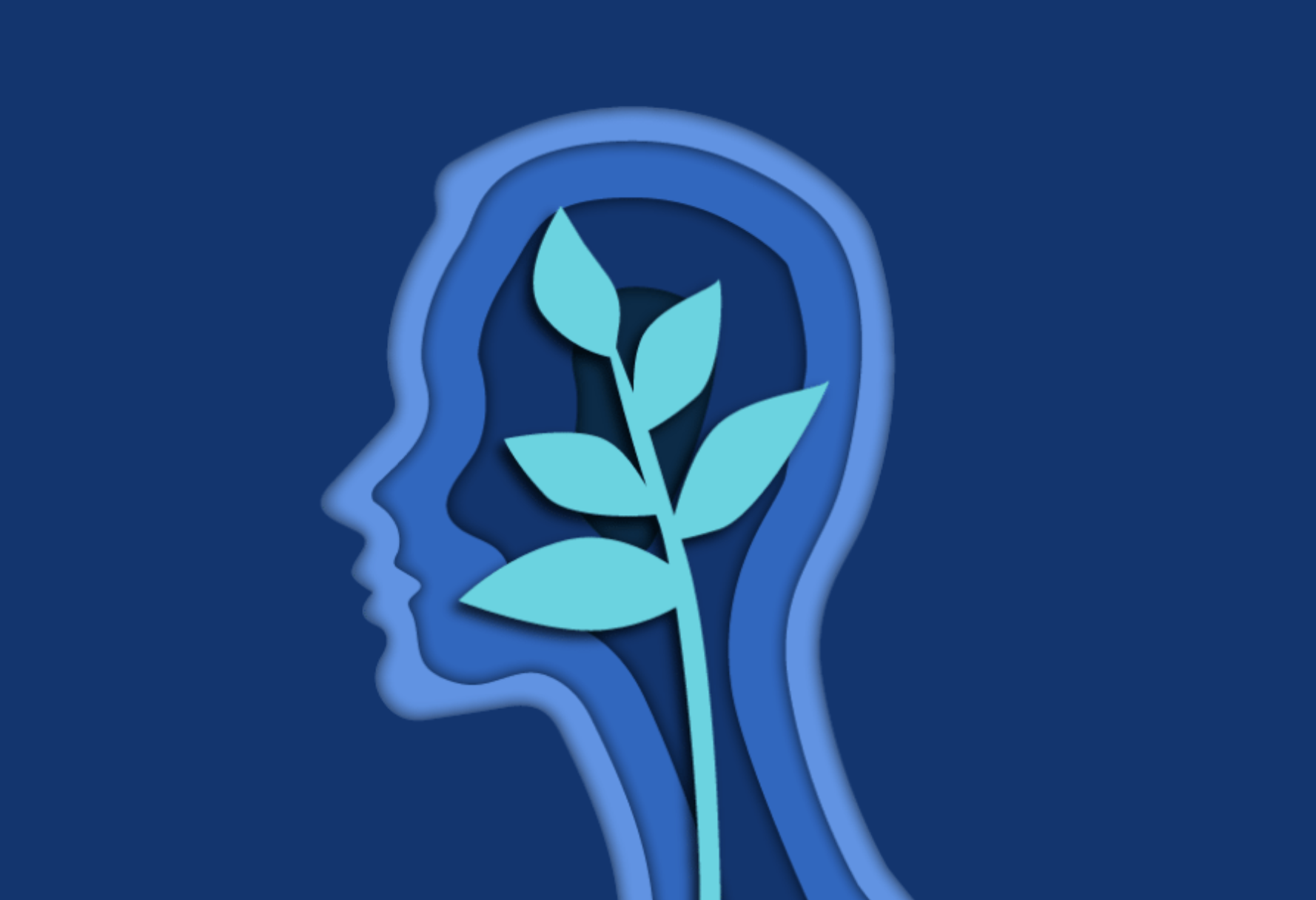 Most of us wouldn’t like to think that racism in the workplace still exists.

But although less blatant and explicit, research shows us that this discrimination is still very much alive and well here in the UK.

In this report, we’ll look at they key areas on which racial discrimination in the workplace manifests itself, and the unconscious processes that cause it to happen.

Racism in the workplace: the report

Racism in the workplace UK: A brief overview

According to one YouGOV survey, half of black Britons are just as likely to have encountered racism in the workplace as they are on the street.

The survey of 1,200+ adults found that there are significant differences in the way various groups experience racism.

Whilst at least 50% all minority groups surveyed had faced racism on the street, black participants in particular reported to have faced racism at work.

When we think about racism or racial discrimination, there’s a tendency to jump straight to open, explicit bigotry.

However, although this kind of prejudice is less common than it was, say 50 years (although it obviously hasn’t been eradicated entirely), this doesn’t mean it no longer exists.

Job applications, career progression and even casual office chatter can all be affected by discrimination.

The problem is: most people are completely unaware of their prejudices.

Most employers/managers probably wouldn’t think of themselves as being biased.

They may even be offended if accused of bias.

But when we look at the research - it becomes clear that this bias does in fact exist and has a very real, tangible impact on people’s outcomes.

The results of The Guardian’s survey below show the disparity between the experiences of white and minority background employees.

43% of minority background respondents felt that they had been unfairly overlooked in the past 5 years, compared to just 18% of White respondents.

Granted, this could be due to a difference in perception but as we’ll see later in this report, this ‘feeling’ of being overlooked can be backed up with hard evidence...

Even a quick look at our own data here at Applied supports this  - we found that once unconscious bias was removed from the hiring process, 60%+ of candidates hired would’ve been missed with a standard CV screening. ‍

Let’s start by looking at one of the most blatant forms of racism in the workplace - harassment.

Racial harassment can take many forms.

But it’s vaguely defined as behaviour or abuse of a racial nature, which is unwanted and personally offensive to the recipient.

It’s worth noting that it is down to the target/recipient to determine whether or not harassment has taken place - and intention of the perpetrator isn’t relevant, someone can carry out racial harassment without being aware that they have done so.

Examples of racial harassment in the workplace:

Some of the most comprehensive and up-to-date data we have on racial harassment can be found in the Racism at Work survey - published by the University of Manchester in 2019.

The survey revealed that over 70% of Black and Minority Ethnic employees have been racially harassed at work (and this was just in the last five years).

Below you can see a breakdown of the types of racial harassment most frequently experienced and how it affects different ethic minorities.

A few insights from the survey...

Employees on non-permanent contracts were more likely to have encountered racial harassment and unfair treatment by their employer (the difference was almost an extra 10%).

Respondents working less than 16 hours a week were more likely to have experienced racial harassment at work than full-time workers(around 7% more likely).

Employees working in small companies (both less than 29 and less than 100 employees) were more likely to report that they had experienced racial harassment (63.2% vs 50.6%).

When looking at the impact this racial harassment had on those experiencing it, researchers found that harassment took a greater toll on women.

Not only are women more negatively impacted by harassment, but they’re also more likely to face it.

A report from the Everyday Sexism Project revealed that over half of women in the UK have experienced harassment while at work.

According to the The McGregor-Smith Review, only one in 16 top management positions are held by an ethnic minority person.

The review specifically asked what the obstacles to progression were for those from minority backgrounds.

Only a small proportion of those surveyed felt that a lack of language skills or a lack of qualifications was to blame.

Whilst the majority of the individuals surveyed felt that this lack of representation was due lack of connections to the ‘right people’,

Organisations believed that unconscious bias had a significant role to play.

A 2017 report by CIPD also looked at how individuals perceived their progression opportunities.

Similarly to the findings above, Pakistani/ Indian employees were more likely to be hello back by their ethnicity.

Overall,  minority background employees were more likely to say that their career progression to date has failed to meet expectations.

29% of black employees said that discrimination played a part in a lack of career progression to date - almost three times as many as white British employees.

20% said that discrimination had played a part in a lack of career progression to date, compared to 11% white British employees

This is despite the fact that minority background employees valued progression significantly more than their White-British counterparts (25% vs 10%).

When it comes to racial discrimination in hiring, one of the most comprehensive reports on the state of play here in the UK comes in form of this report.

Applications were randomly assigned an ethnicity before being sent off to employers.

The random allocation of ethnicity means that the unequal outcomes resulting from non-relevant factors will affect white and ethnic minority applications equally.

Overall, white candidates were favoured at a rate of 29%.

This is likely because The Civil Service and other public sector organisations are required by law to promote equality and make efforts to reduce racial and other discrimination.

White candidates were favoured in nearly 47% of the tests.

The success rate for white applicants varies in each row since each base only includes the applications sent alongside the particular ethnic minority group being studied - this was to control for variation between the employers.

Nearly twice as many Indian applications had to be sent for the same callbacks as a white-named applications.

Although there was a degree of variation between each ethnic group (Pakistani/Bangladeshi application had a slightly higher callback rate), these differences were not statistically significant.

Larger employers were found to discriminate less (over 50 employees).

No particular cities in Great Britain were any more or less discriminatory than the next.

Researchers concluded that there was ‘no plausible explanations’ for the difference in treatment found between white and ethnic minority names other than racial discrimination.

Having a name associated with an ethnic minority background leads to racial discrimination in the hiring process.

Although this study was carried out in 2009, more recent research consolidated its findings.

Below are the results of Inside Out’s study.

The skills and experience were exactly the same, only the name was changed.

100 job opportunities were applied for.

Although this study was conducted using a small sample size, it mirrors the results of previous research into racial bias.

Job candidates with a Muslim-sounding name are 3x more likely to be overlooked for a job.

Note: The same CVs were also uploaded to job sites. Adam was contacted by four recruiters, Mohamed by two.

A study by the Centre for Social Investigation at Nuffield College, University of Oxford looked at this same bias at the screening stage, but on a much larger scale.

They found that applicants from minority ethnic backgrounds had to send 80% more applications to get a positive response than a White-British person.

When researchers compared their findings from similar experiments back in 1969, they discovered that this discrimination hadn’t improved in 50 years.

24% of applicants of white British origin received a positive response from employers, compared with 15% of minority ethnic applicants.Why does racial discrimination in the workplace still happen?

Why does racial discrimination in the workplace still happen?

Humans are all biased.

Each and every one of us.

Some may be more biased than others.

Some may be more aware of their biases than others.

But nobody is truly impartial or objective.

There are two types of bias...

Explicit bias is the prejudices and stereotypes that people hold openly and actively.

These are the people who are a direct threat to anti-discrimination laws and regulations.

This is the sort of bias that leads to racial harassment.

We can't know for certain what percentage of the population this accounts for - even if such surveys did exist, those who are explicitly biased would likely have the sense to hide their true prejudices.

But in all likelihood, these people don’t make up the main bulk of hirers and managers - so why is racial discrimination in the workplace so widespread?

Implicit biases are the biases that we’re unaware of.

We all have stereotypes and make mental shortcuts without being conscious of it.

This unconscious bias is present in all of us, and left unchecked, leads to outcomes like those highlighted in this report.

This unconscious bias occurs when we use the intuitive, shortcut-based part of our brain to make decisions that should be handled by the slower, more conscious part.

Our brain has two systems for decision-making...

System 1: Fast, intuitive thinking, based on mental shortcuts and associations (how you walk to work on auto-pilot).

System 2: Slow, considered and effortful thinking (how you’d tackle a project at work or one-off trip).

When it comes to workplace decisions (like who to hire or who to promote), we should be using System 2.

However, we often tend to default to using System 1, which is based on snap-associations and mental shortcuts. We might, for example, associate a white employee with being competent and reliable based on our past experiences and familiarity with people of a similar background.

Since most people aren’t conscious of this happening, it’s nearly impossible to prevent using training and awareness alone.

Although we can’t de-bias people themselves, what we can do is de-bias processes.

This is why we built the Applied platform - to remove bias from hiring by design.

Instead of expecting employers to be less biased (which is simply not possible since most of it is unconscious), we instead re-designed the hiring process to prevent bias.‍