The science behind unconscious bias - and how it affects hiring 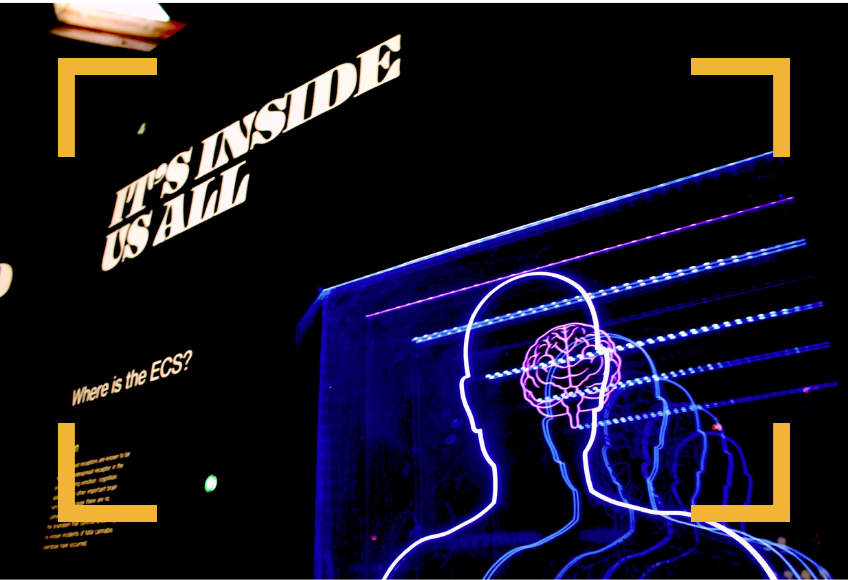 If anybody ever tells you they don’t have unconscious biases, they’re lying!

Unconscious bias is a part of being human.

For a fairer, more equal world, we have to do something about unconscious bias...

But the first step is accepting that it's inevitable: we’re all biased.

Just telling people about their unconscious bias is as much use as a chocolate teapot.

So, here’s the actual science behind unconscious bias, and how we can remove it from our hiring.

Unconscious bias is, essentially, any prejudices we may have, of which we are unaware.

We naturally categorise others based on physical qualities and background - from ethnicity to education.

Not all of these biases are necessarily discriminatory. Hiring, for example, is largely affected by biases we have towards certain candidates, rather than against other candidates.

This is likely due to our natural gravitation towards the familiar and the power of certain attributes to entirely cloud our judgment.

These are some of the most common types of unconscious bias:

Perception bias is when we believe something is typical of a particular group of people based on cultural stereotypes or assumptions.

This is our tendency to feel as though we have a natural connection with people who are similar to us.

We project positive qualities onto people without actually knowing them.

We generally look to confirm our own opinions and pre-existing ideas about a particular group of people.

We often attribute others’ behaviour to internal characteristics and our own behaviour to our environment - we are more forgiving of ourselves than others.

Having these biases doesn’t make you a bad person.

It makes you human.

As the name suggests, unconscious bias is unconscious… which is why it’s so tricky to eliminate - we don’t know we’re doing it!

The way our brains naturally process decisions means that we, as humans, are prone to unconscious bias...

In our candidate screening webinar, Applied CoFounder, Kate, talked through a quick thought experiment that demonstrates how easily our brain can misfire and mistakenly recall information.

‍
This misfiring means that our intention doesn’t always result in equal action.

Even though we may set out with the best of intentions, the way our brain is wired and the context of the decision making can affect how our intention translates into action.

How we feel at the time, past experiences, the way information is presented to us and even who imparts this information to us can all influence decision making.

Our brain makes 1000’s of decisions every day.

And as the experiment above shows, can also misfire 1000’s of times.

If we look at the sorts of decisions we make day-to-day,  there are big, important decisions, such as planning a project at work.

And there are minor, everyday decisions, like deciding which route to take home.

Decision fatigue is a real thing. Your ability to make good choices deteriorates the more decisions you make.

So to lighten the load, our brain’s decision-making is broken down into two systems - one fast thinking, and one slow thinking, a theory popularised by Daniel Kahneman’s Thinking Fast and Slow.

System 1: used for everyday, intuitive decisions. These are the sort of decisions that if you had to think long and hard about every one of them, you’d likely have a meltdown - like how much milk to put into your tea, what top to wear in the morning, or when to cross the road. For the most part, this sort of decision making is a bit like being on autopilot.

System 2: used for bigger, more important decisions like planning a trip or working on a big presentation. System 2 thinking tends to be slower, considered, and more mentally taxing.

Having these two systems is what allows us to stay productive and sane.

We make so many tiny decisions throughout the day that we need system 1 to take the brunt of them so that we reserve our capacity for conscious decision making for when it’s actually needed.

Our brains use shortcuts and patterns to draw conclusions, by using the information subconsciously stored in our mental lockers: this includes things like our past experiences, what we’ve seen in the media and our upbringing.

All of this allows us to make swift assessments of situations.

However, we often use system 1, when we should be using system 2 (as is often the case in hiring, which we’ll get to shortly).

This is why we have unconscious bias.

Since system 1 thinking relies on subconscious shortcuts and a ‘gut instinct’ of sorts, unconscious bias arises when we jump to mental shortcut-based conclusions instead of using the slower, more conscious part of our brain.

When faced with a pile of CVs, our system 1 brain seems to kick in, and we make snap-decisions based on rapid-fire associations.

Although unintentional, this can result in the unfair favouring of or discrimination against candidates… and it runs deeper than the old trope of male bosses hiring in their own image.

Just by glancing over someone’s CV, any number of biases could be triggered.

What you might think of as being your intuition or trusty gut instinct, is actually just your brain making rapid-fire shortcuts to speed up decision making…

Decision making that should be anything but quick and intuitive.

As you can see above, almost all of the information provided on a CV is grounds for unconscious bias.

And the same can be said for LinkedIn profiles. If you look at my profile, the bias triggers play out much like they do for CVs.

The result of unconscious bias in hiring: minority groups are disproportionately overlooked.

In a 2004 US study, around 5000 resumes with either African-American- or white-sounding names were sent out to a variety of companies, measuring the number of interview invites for each.

Someone with a black-sounding name would need an additional 8 years experience to close this 50% callback gap.

Job applications for three fictitious female, characters with identical qualifications were sent out in response to job advertisements: one applicant had a German name, one a Turkish name, and one had a Turkish name and was wearing a headscarf in the photograph included in the application.

Here are their findings:

Research here in the UK ended up with similar findings too.

Inside Out London sent identical CVs from ”Adam" and "Mohamed" to 100 open roles...

So, candidates with Muslim-sounding names were 3x more likely to be passed over for jobs.

Unconscious bias in recruitment doesn’t just affect minorities… your gender can affect how you’re assessed too.

In a randomised, double-blind study science faculties from selected universities were tasked with rating students’ applications for a laboratory manager position.

All applications were the same except for the names, which were randomly assigned either a male or female name.

The mean starting salary offered to the male students was significantly (1.15x) higher too.

Shocking results like those shown above are likely due to the fact that the system-1-based mental shortcuts we make tend to make stem from stereotypes.

Stereotypes dictate the type of people we would expect to see in a certain role.

This stereotype bias is bred into us as children and continually perpetuated throughout our adult lives.

A quick google search for a given job proves this to be true.

And another example - the screenshot below is from the website of large, multinational company.

Although there’s a (albeit extremely slim) possibility this was a mere coincidence, men have been stereotyped as having technical careers, and women non-technical.

When hiring for any role, we may be more likely to favour candidates who ‘fit the bill’ for the role.

Given all of the behavioural science context above, ‘fitting the bill’ seems to equate to conforming to the stereotype of what someone in the role would look/ sound/ be like…

and it doesn’t help that we tend to better recall and value information that confirms our preexisting beliefs (confirmation bias).

Below are the results of a US study, in which perceptions of ‘out-groups’ were measured against warmth and competence.

As you'll see, we have many of these preexisting beliefs about others based on their belonging to certain groups.

When it comes to hiring decisions, they can be as much about matching the preconceived idea of what the person should look like as much they are about actually finding the most skilled candidate.

If we generally think of surgeons of white males between 30 and 50, is it any surprise that these are the people who are hired into these positions?

It’s not just about someone’s characteristics - context matters too

Even if we were able to remove all unconscious biases around personal backgrounds and identity, the context in which we receive information can still majorly influence our decision making.

In one Israeli study, judges parole-grating decisions were measured over the course of a day.

Here are the results:

Generally, it seems that the judges made harsher decisions over time.

This is because the more decisions we make (and the more ‘decision fatigue’ we endure), the more risk-averse we become.

In the case of these judges, they were more likely to make  favourable (and in the context of parole-granting, riskier) decisions earlier in the day, when they were least fatigued.

And do you see the spikes in favourable decisions?

These were following the judges’ breaks.

The key takeaway here is that we are heavily influenced by ordering biases. The order in which information is given to us affects how we view that information.

Companies throw billions at the unconscious bias problem in the form of training.

But unconscious bias training is a waste of time.

A meta-analysis of 426 studies found that although training reduced bias immediately following the session, the effects wore off after around 8 weeks.

Since we're mostly unaware of our biases, training alone can only go so far.

Unconscious bias training might have some value, but if you have to do it every few weeks for it to have an impact, it's not the most cost-effective or efficient means of removing bias.

Although awareness alone can’t fix the issue, we can remove bias from our decision making by designing processes that eliminate the possibility of bias.

At Applied, we set out to do just this -fight unconscious bias in recruitment by rethinking the process itself.

We did this by building a blind hiring platform that assesses candidates anonymously, using only the most predictive forms of assessment (with not a single CV in sight).

In the spirit of our pursuit for fairer hiring, we’ve laid out our process from start to finish in this (free) resource, so that you can set up an unconscious bias-free process too (and no, you don’t need to use our platform to achieve this - although it’ll certainly make it a walk in the park).

Applied was designed to make objective, unbiased hiring a doddle, with behavioural science research being used to shape each and every step of the hiring process. Gen up on how we’re changing the way the world hires by browsing our resources library or booking a demo to see how it works for yourself.