What Is the Halo and Horn Effect and How Does It Influence Hiring? 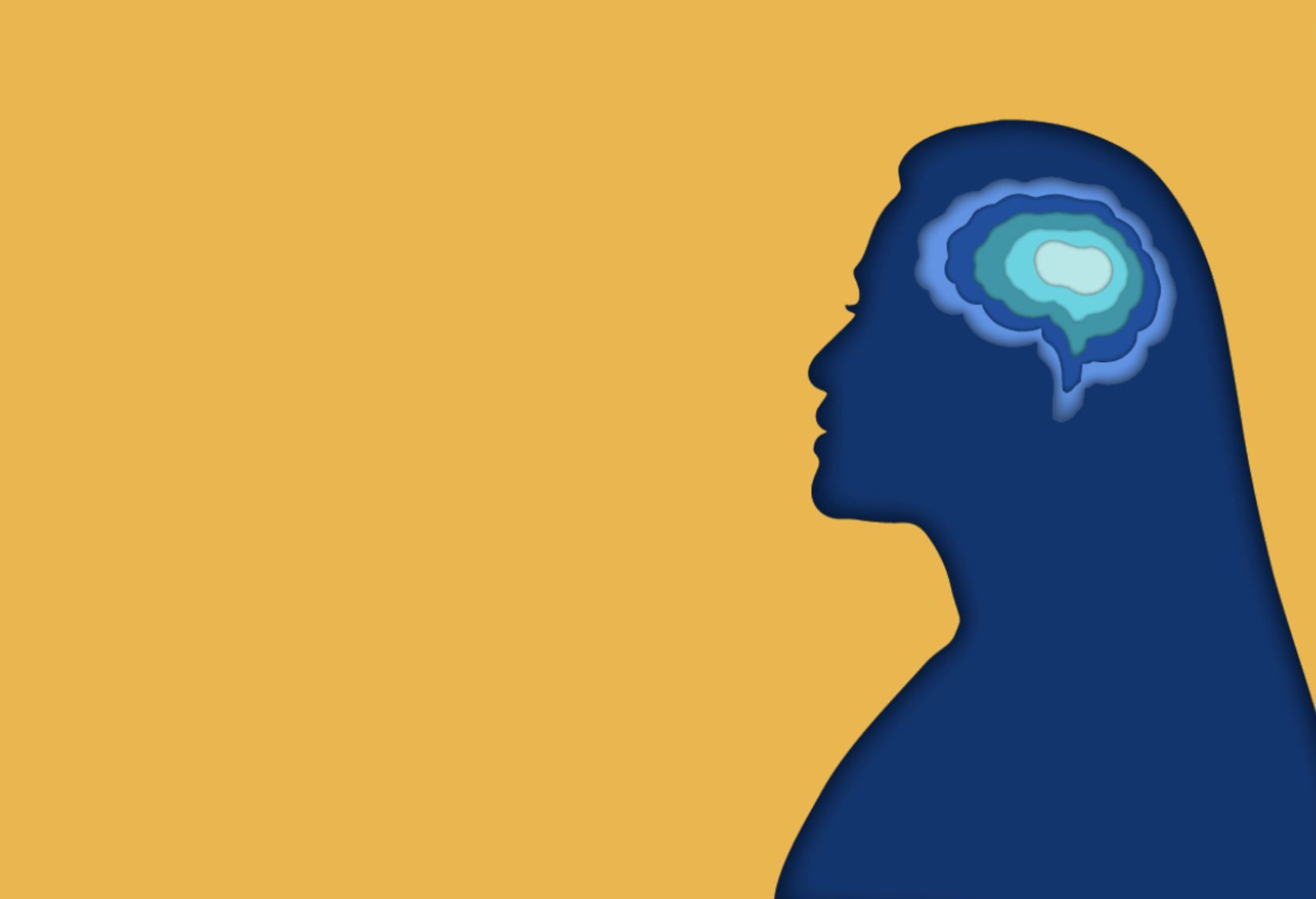 Updated 09/02/2021 with steps for combating halo and horns effect in recruitment.

Chances are, you’ve probably heard of either the halo effect or the horn effect at some point in your career. Almost all of us are guilty of making snap judgements, particularly in the workplace. Hopefully, over time you will gain a more accurate, well-rounded opinion of your peers. But if these judgements remain unaddressed, they can be a detriment to workplace culture and productivity, as well as leading to biased hiring decisions.

What is the halo effect?

The term “the halo effect” was coined in the early 1920s by an American psychologist called Edward Thorndike. He astutely noted that 'conventionally-attractive' people tend to be perceived as being competent and successful. Essentially, one redeeming aspect of a person leads us to cast their whole character in an inherently positive light. As a result, any negative characteristics are therefore overshadowed, such poor punctuality and communication skills, or frequently missing deadlines.

What is the horn effect?

The horn effect is essentially the complete opposite of the halo effect. The horn effect is a cognitive process in which we immediately ascribe negative attitudes or behaviours to someone based on one aspect of their appearance or character. A common example of this is overweight people, who unfortunately are often stereotyped as being lazy, slovenly or irresponsible. Whether it’s how someone looks, speaks or even their body language, hiring managers may quickly have a ‘bad feeling’ about them.

Halo effect: A positive first impression that leads us to treat someone more favourably.

Horn effect: A negative first impression that leads us to treat someone less favourably.

How does the halo effect affect hiring decisions?

The halo and horn effect in recruitment is all about first impressions, whether they’re made on paper or when meeting face-to-face in an interview setting. As many of you know, first impressions can be incredibly deceiving and can hinder your objectivity when evaluating a candidate.

An instance that can be used as an example of the halo effect includes how a well-groomed, tall and outwardly confident candidate is more likely to be perceived as intelligent and trustworthy. This elevates that candidate in the mind of the interviewer over the likes of someone who may appear introverted with a less commanding presence, but ultimately is a better fit for the position.

When reviewing CVs, a hirer might be impressed by the fact that a candidate went to Cambridge, or worked at a big-name company. This positive impression might go on to distort their perception of the rest of a candidate's application. Once we take a shine to someone, we generally look for reasons to keep liking them.

The consequences of bad hiring decisions work both ways. If someone who assumes a position under the halo, so to speak, isn’t as qualified and proficient as first presumed by an employer, then they can quickly fall out of their depth. Ultimately, hiring someone for a position they are unsuitable for does a disservice to both employers and staff alike.

If a candidate is perceived to be 'scruffy', for example, this could influence your perception of their performance and suitability for the job.

The horn effect might not be something that presents itself on first sight. If it's revealed later on in the process that a candidate belongs to a given minority group, this  could result in them being judged more harshly than they would've otherwise.

When you take in to account that stereotype bias affect how we perceive out-groups, the horn effect in recruitment could mean that minority background candidates end up being overlooked.

What is the halo effect in regards to performance management?

When managers have a somewhat overly positive view of an employee, it can affect the objectivity of performance evaluations. Some managers may look upon an employee so favourably that they are blind to criticism from colleagues or customers. They will unconsciously overlook bad practice and make excuses for why the favoured candidate is falling behind. It’s important to distinguish the halo effect from concepts such as nepotism and favouritism, which are common examples of conscious bias.

The halo effect can lead to unfair special treatment in performance appraisals. On the other side of the coin, an overly critical boss who micromanages the ill-favoured employee, will fail to put them forward for advancement or new career development opportunities.

The halo and horn effect as an example of unconscious bias

The halo effect is a by-product of unconscious bias. This means hiring managers may wrongfully assume that because a certain individual possesses particular traits they value, they must have many more desirable qualities. A primary example is the ‘similar-to-me effect’, where managers immediately favour an applicant because of shared characteristics, such as a similar educational background.

The horn effect leads a hiring manager to place a great deal of emphasis on even just one negatively interpreted characteristic, comment, or action. Once this has been identified, there’s very little that the so-called offending candidate can do to reverse the effect. Those in charge of hiring decisions are therefore likely to be harsher in their scrutiny of skills, experience, and overall ability.

To summarise, whereas the halo effect gives certain candidates an unfair advantage, the horn effect undermines an impartial assessment of a candidate’s skills, merits, and ability.

How to prevent halo and horn effects in recruitment

The more we know about candidates' backgrounds, the more opportunity there is for unconscious bias to affect decision making.

The most effective way of bypassing this bias is to simply anonymise your application process.

Why no CVs? Because even once you've removed identifying information (names, addresses etc.) from a CV, what's left is still more about bias that actual ability.

Research says that experience and eduction don't tell us as much about someone's real-life skills as you think.

Instead, why not test for skills upfront, so that the only thing you know about a candidate is how well they'd perform in the role.

This will make sure halo and horn effects are minimised and enable you to spot talent more predictively.

You can read about how we go about testing for skills using the most predictive assessment methods here.

Use scoring criteria for interviews

Given how easily a single attribute/characteristic can cloud our judgement of someone, you'll want to make your interviewing as objective as possible.

The first step is to structure your interviews.

This means means asking all candidates the same questions. Ideally, your interview questions will test specific skills, rather than probe into candidates' backgrounds.

For each question, give yourself a 1-5 star scale to score against.

Write a few bullet points for what a good, average and bad answer would look like.

When it's time to start interviewing, try to score each question completely independently. If a candidate doesn't answer the first question particularly well, this could lead you to score them more harshly on question two.

This is precisely why we create the criteria - rather than score the candidate as a person, you're scoring their answers.

Candidates will naturally be stronger in some areas than others, but using criteria, your overall judgment shouldn't be as skewed.

Instead, you'll have a more rounded view of each candidate's skillset.

Even when using criteria to score against, interview bias will still be present.

To negate this bias, you can use what's know as crowd wisdom. This is the general rule that collective judgment is more accurate than that of a single individual.

By having multiple interviewers scoring candidates (three is the ideal panel size), individuals' biases will be balanced out.

If you were being influenced by the halo effect, for example, your fellow interviewers are unlikely to experience this in exactly the same way and may even have biases towards other candidates.

For the most accurate scores, try having a different panel for each interview round.

While unconscious bias comes in many forms, ultimately it’s a pervasive force that once identified in an organisation, is near impossible to consciously rectify. That’s why we decided to create an anonymous recruitment platform. Applied is the essential platform for fairer hiring. Purpose-built to make hiring ethical and predictive, our platform uses anonymised applications and skills-based assessments to improve diversity and identify the best talent.