What Is Affinity Bias and How Does It Affect the Workplace? 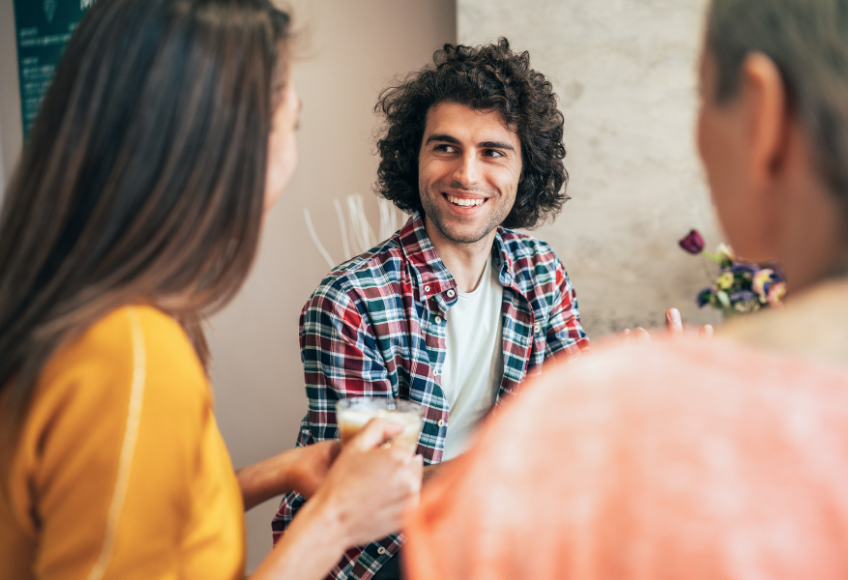 Have you ever interviewed a candidate and been impressed with their skills and experience, but just had that inscrutable feeling that they just weren’t the right fit? Instead of chalking it up to compatibility or ‘chemistry’, you may have fallen prey to affinity bias.

In this article, we’ll be explaining everything you need to know about affinity bias, and how you can reduce its impact on hiring decisions with Applied’s recruitment software.

What is affinity bias?

The term ‘affinity bias’ is used in neuropsychology to describe how we subconsciously gravitate towards people who we feel share our interests, beliefs, and background.

As human beings, we often consider ourselves to be a great judge of character. However, what may seem like objective assessments of people instead represent our affinity for people we feel are similar to ourselves. For this reason, affinity bias is sometimes referred to as ‘similarity bias.’

During the interview process, a hiring manager is likely to feel a sense of rapport with a candidate if they feel as though they have certain things in common. Here are some examples that you may have encountered, either as a prospective candidate or someone tasked with making a hiring decision:

We make these types of assumptions all the time, even when we think we are making a considered, rational decision. This is a crucial part of what we now call ‘unconscious bias.’

Removing unconscious bias from the hiring process has been proven to create more diverse, innovative and profitable teams. Find out more about our hiring software can help you de-bias your recruitment process, so you can find the most qualified candidates.

Affinity bias is one of the most prevalent types of unconscious bias. Our brains can capture 11 million bits of information in one single moment, but we actually can only process 40 at a time. Therefore, we often take unconscious shortcuts to reach a quicker conclusion - it’s a part of human nature. When meeting new people, we assess them on factors such as gender, ethnicity, sexuality and class. These rapid-fire judgements often happen before we’re even aware of it.. How someone looks, speaks and presents themselves will cause us to make a snap judgement as to the type of person we believe they are. In the workplace, these implicit biases will cause us to make assumptions about a person’s skills, abilities and overall conduct.

A recent whitepaper about UK workplace culture contained research that showed 95% of employers believe that cultural fit between professionals and employers is important.

As far as we’re concerned, hiring based on cultural fit is a mistake. Many hiring managers use the term ‘cultural fit’ to describe whether a prospective employee shares their organisation’s values. However, this type of approach leaves you wide open to the effects and consequences of affinity bias.

If left unchecked, hiring based on cultural fit means that leaders simply choose to work with people who remind them of themselves, to the disadvantage of many excellent candidates. This creates homogenous teams that lack diversity, and therefore never benefit from a fresh perspective. This is just one example of how affinity bias can manifest itself in the workplace.

Examples of affinity bias in recruitment and the workplace

Throughout this article, we’ve referred to how employers will often make decisions based on ‘gut instinct’, whether it’s hiring new employees or deciding who to promote. However, this inclination is very often driven by affinity bias. Here are some more examples of how affinity bias can rear its head in the workplace.

Affinity bias means that you are not making hiring decisions based on skills. While many managers are familiar with the consequences of bad hiring decisions (e.g. decreased productivity and high turnover), they may not know the true cost of bias. When leaders hire the wrong people, they incur a range of direct and indirect costs. Research from PeopleKeep found that hiring the wrong salesperson can cost a company between 50-75% of their annual salary.

Affinity bias can also lead to people regularly being passed over for promotion. When leaders see themselves in their employees, they often want to nurture their potential. While this in itself is positive, it could be to the detriment of other members of a team who are just as talented and eager to climb up the ladder.

According to a 2019 study of “Women in the Workplace”, for every 100 men promoted to a managerial position, only 72 women were given the same opportunity to advance. This is likely due to men being the ones primarily making these decisions. Therefore, if affinity bias is not tackled, it could continue to keep women from advancing.

Managers need to trust their team to help them decide on a particular course of action. However, everyone’s opinion must be held in the same high regard. Instead, leaders may rely on the familiarity of those who hold similar views and ideas to them.

Affinity bias could cause managers to implicitly value the opinion of certain team members over those they feel they cannot relate to personally. This will deprive them of new learning opportunities and fresh perspectives. Companies will find it much easier to come up with innovative new ideas when everyone can offer their own unique insights.

95% of employees say that on-the-job recognition helps to create a positive company culture. However, if leaders praise those who exhibit traits that they admire in themselves, other employees who don’t fit the same mould could once again be overlooked.

A study from Stanford University focuses on what they call a ‘gendered praise divide.’ Researchers found that while women are more likely to receive more generic and lukewarm compliments such as “you’ve had a great year”, men will be called “innovative” or “visionary.” As well as this, men are more frequently lauded for specific achievements. This means that whereas women will be called “a real asset to the team”, men will be praised for exceeding a sales quota by a certain percentage.

When certain members of the team are held in high esteem (perhaps unfairly) for specific accomplishments, while others receive the same cookie-cutter compliments, this can cause friction amongst employees and have a long-term negative effect on morale and workplace culture.

Applied: Designing unconscious bias out of the hiring process

Our goal is to empower companies to create the best teams, by helping them make hiring decisions based purely on skills and merit.

The Applied recruitment platform creates an end-to-end process so that your entire recruitment funnel is designed around finding the perfect candidate: