We Used the Applied Platform to Blind Review Mince Pies: Here Are the Results 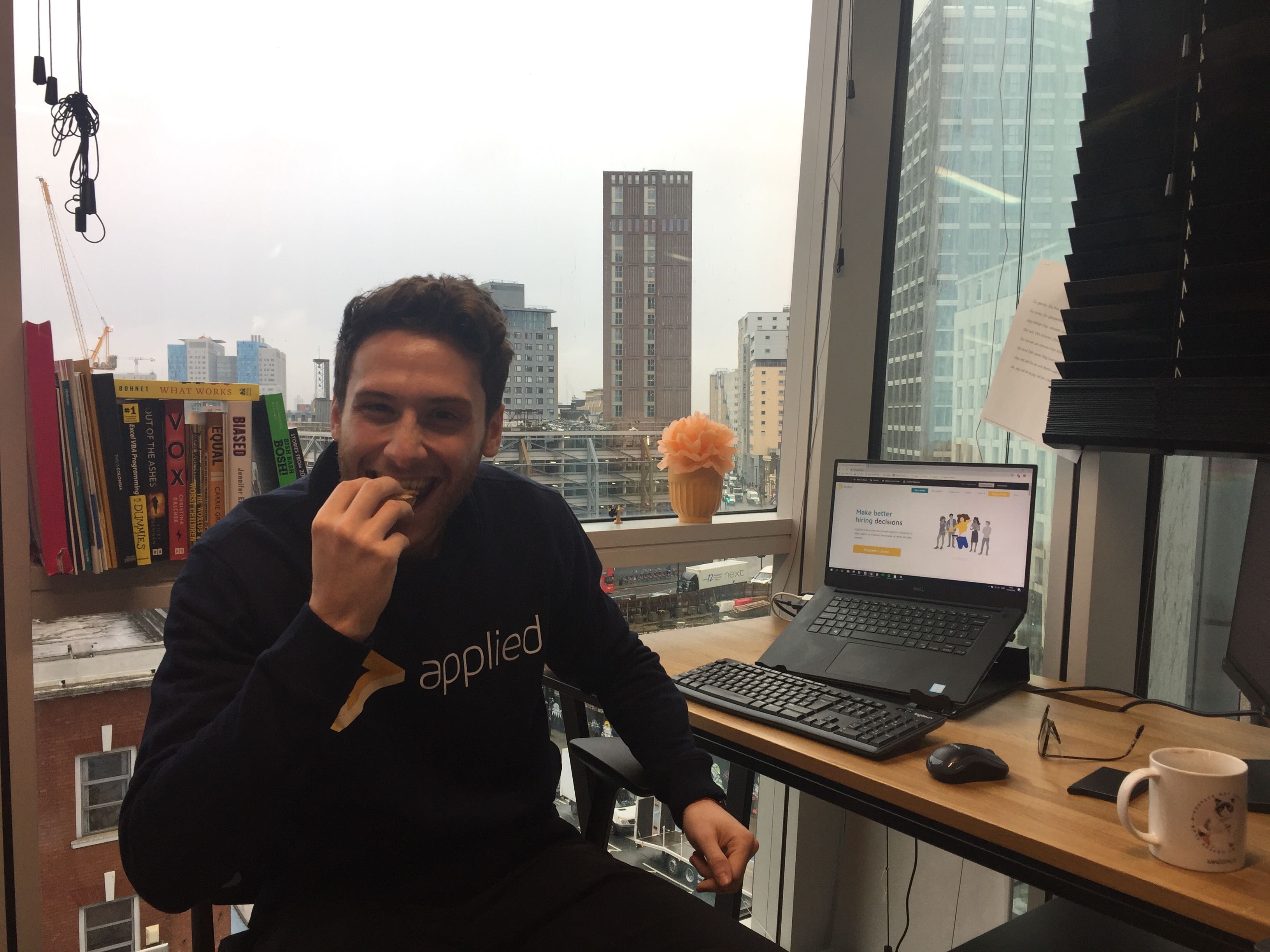 But, as we’re sure you know, not all mince pies were created equal.

This year (to save us from tears) we thought we’d put the Applied platform to the test... we decided to blind review mince pies, to find that one, perfect mince pie to rule them all.

We only partake in the finest seasonal confectionery here at Applied HQ. And since we spend our days working to remove unconscious bias from hiring, we thought it was about time to start blind testing more stuff!

So, without any further ado, here’s how we did it...

How to blind review your mince pies

We went ahead and assembled a pie-pline of the very best mince pies the highstreet had to offer.

We tried to build a diverse pool of mince pies, seeing as much like job candidates, the best ones aren't necessarily from prestigious stores.

You think you know which brand makes the most lip smacking festive treats. It’s a no-brainer, right?

Our gut-instinct is often centered around biases we have. Cheap pies are gross. Luxuriously branded pies are better. Candidates that went to red-brick universities are more qualified.

Enlist a third party to unbox the pies and give them anonymous labels (like Pie A, Pie B etc).

Whether you’re recruiting for a new salesperson or hunting for the best mince pie - a clear criteria for what you’re looking for is essential.

A scoring criteria allows you to be objective, and assess candidates (or in this case mince pies) on what actually matters.

We judged our mince pie candidates on:

Pastry - how good was the pastry? Was it crumbly? Buttery?

Filling - was the filling zesty? Were the spices perfectly balanced?

Balance - how was the crucial mince to pie ratio?

Aesthetics - did the pie look fit for a royal banquet, or a kid’s birthday party?

Step 4: Chow down and review!

Now for the fun part - chomp through your mince pies and score them.

This was no different with the mince pies. As we scoffed more pies, we naturally got a tad sick of mince pies altogether, so the randomisation helped to negate this face-stuffing induced subjectivity.

And the results of our festive snow-down...

The Results: Lidl mince pies came out on top!

The results came as a surprise for the avid mince pie munchers of the team.

We had generally assumed that either the M&S or Waitrose would sleigh the rest.

Note: it’s worth pointing out that there were high disagreement rates. However, using our data-driven scoring system allowed us to pick a winner despite this disagreement.

What we learned: Never judge a mince pie by its packaging

Whilst picking a mince pie is arguably less important than hiring people to your team… unless you’re an elite-level mince pie reviewer by trade.

However, we were fairly amazed that Lidl’s humble pies managed to out-crumble-and-spice much more expensive, reputable brands like M&S and Waitrose.

When looking for your next hire, you probably make similar assumptions to the ones we made about our pie lineup.

Unconsciously or otherwise - a good university, work experience and even the name and address on someone’s CV trigger certain associations.

We assumed premium brands were simply better, but in reality, the ‘premium-ness’ is often all in the packaging.

That’s why we built our blind hiring platform: to allow teams to assess talent on what actually matters, and not just the packaging.

We built the ‍Applied platform to remove unconscious bias from hiring and help teams hire the best person for the job, regardless of their background.

To find out how you can use data to transform your hiring process, take a peek at our free guide to blind hiring. Already convinced? Feel free to book in a demo now.‍