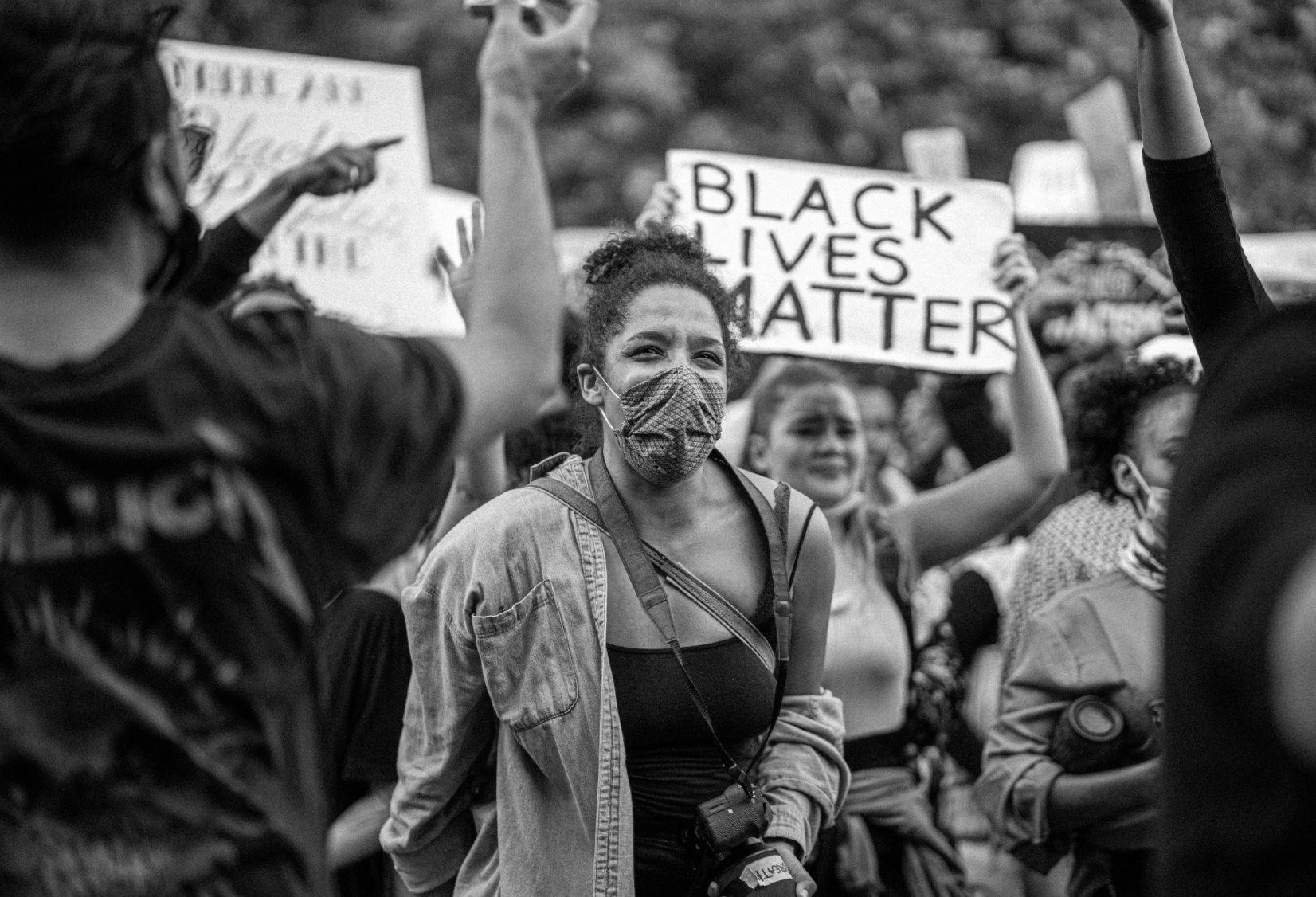 What is covert racism?

Covert racism is racial discrimination that is more subtle or hidden.

This type of racism is embedded into our society through our institutions and processes.

Covert racism enables a degree of plausible deniability. Rather than labelling something as being racially biased, there’s a tendency for some to pass it off as being natural, legitimate, and normal.

For example, famous Psychology Professor, Jordan Peterson, points to a ‘hierarchy of competence’ to explain away systemic inequality.

Why do white people find it easier to get a job? Because they’re generally more capable and hard working (an idea we debunked here).

But when our processes do nothing to combat racial biases, those from groups who have enjoyed centuries of comparative privilege are destined to get ahead.

How does covert racism happen?

Overt racism - being openly racist - has undoubtedly declined since the 1970s.

A racist social media post can lose you your job, unfair dismissals are usually overturned and those from minority backgrounds are less likely to be subject to racist abuse in the street (although sadly this does still happen).

Whilst some may argue this means we’re no longer a ‘racist’ society, unconscious bias still leads to people of colour being disproportionately disadvantaged.

Racial discrimination has not been eradicated, it’s merely been pushed ‘underground’ - which, if anything, makes it harder to pinpoint and call out.

This covert racism isn’t something being plotted in a dark basement by a sinister cabal. It’s the subconscious biases that manifest themselves in our systems and institutions.

Covert racism doesn’t have to be (and very often isn’t) intentional or a result of ill-will.

We all have biases - even if we’re unaware of them.

Whist our intentions may well be pure, this bias leads to discrimination if left unchecked.

Covert racism can’t be defeated by trying to weed out a few individuals who we believe to be at fault.

It’s our collective responsibility to remove bias from our processes.

In one study, researchers tested the biases of judges using the Implicit Association Test.

They found that judges harbour the same kinds of implicit biases as others; and that these biases can influence their judgment.

A 2016 study of Florida judges looked at how these biases affect sentencing.

Concentrating on third-degree felonies (the least serious and broadest class of felonies), reporters found that race, politics and gender influence a judge’s decision-making.

Researchers in the UK found that black and minority ethnic offenders are far more likely to be sent to prison for drug offences than white defendants.

The US healthcare system is rife with inequalities that have a disproportionate impact on ethnic minority groups.

And the African-American infant mortality rate is twice the rate for white infants.

This is likely due to the income disparities between white and minority background Americans.

Generally speaking, the deeper you slip into poverty, the less access to quality healthcare you’ll have.

Despite having a free healthcare system, outcomes in the UK are similar to those in the states.

This seems to point to covert racism/ racial bias being a key factor in this mortality gap, rather than just a question of poverty.

Bias is deeply engrained within the healthcare system:

A study from 2016 tested whether or not employers with pro-diversity language in their job ads showed any less recruitment bias.

Researchers found that when applying to an organisation that presents itself as valuing diversity, minority background candidates were less likely to ‘whiten’ their CV.

However, these organisations’ diversity statements were not actually associated with reduced discrimination.

This goes to show that even when well-intentioned, unconscious bias leads to covert racism - real change overhauling our systems and processes to remove this bias.

A study from the University of Oxford sent out identical applications with only the candidate’s ethnicity being changed.

They found that candidates from minority ethnic backgrounds had to send 80% more applications to get the same results as a White-British person.

24% of applicants of white British origin received a positive response from employers, compared to just 15% of minority ethnic applicants.

And the researchers also found that this bias had barely improved from when they conducted similar experiments back in 1969.

How can we combat covert racism?

To remove the unconscious bias manifested in all of our major institutions, we have to completely rethink the processes those systems use.

Education and training will only get us so far.

The chart below shows the results of a meta-analysis of 426 studies - which found that although there was a reduction in bias immediately after training, this disappeared over time.

Why does this drop off occur? Because our bias is mostly unconscious. It’s near impossible to stop something we don’t even know we’re doing.

If this is even possible at all (there’s not much evidence that suggests that it is) it would likely take more time and money than most organisations or governments would be prepared to invest.

What does work, however, is redesigning processes.

You can’t change human nature, but you can change the environment in which we make choices.

Whilst covert racism can be found at both an individual and systemic level, we can design environments that make it difficult for individuals to be biased.

This is essentially what we do here at Applied - de-bias the hiring process by design.

The Applied platform anonymises the hiring princess and switches out flawed signifiers (like resumes and experience) for skill-based assessments.

Our mission isn’t to change the subconscious makeup of hirers' brains, it’s simply to build a hiring process free from bias.

The Applied platform was built to make hiring as predictive and fair as possible, by designing behavioural science into every step of the process.

Browse our resources to get a better idea of how we do this, or go ahead and book in a demo to see how it all works.‍