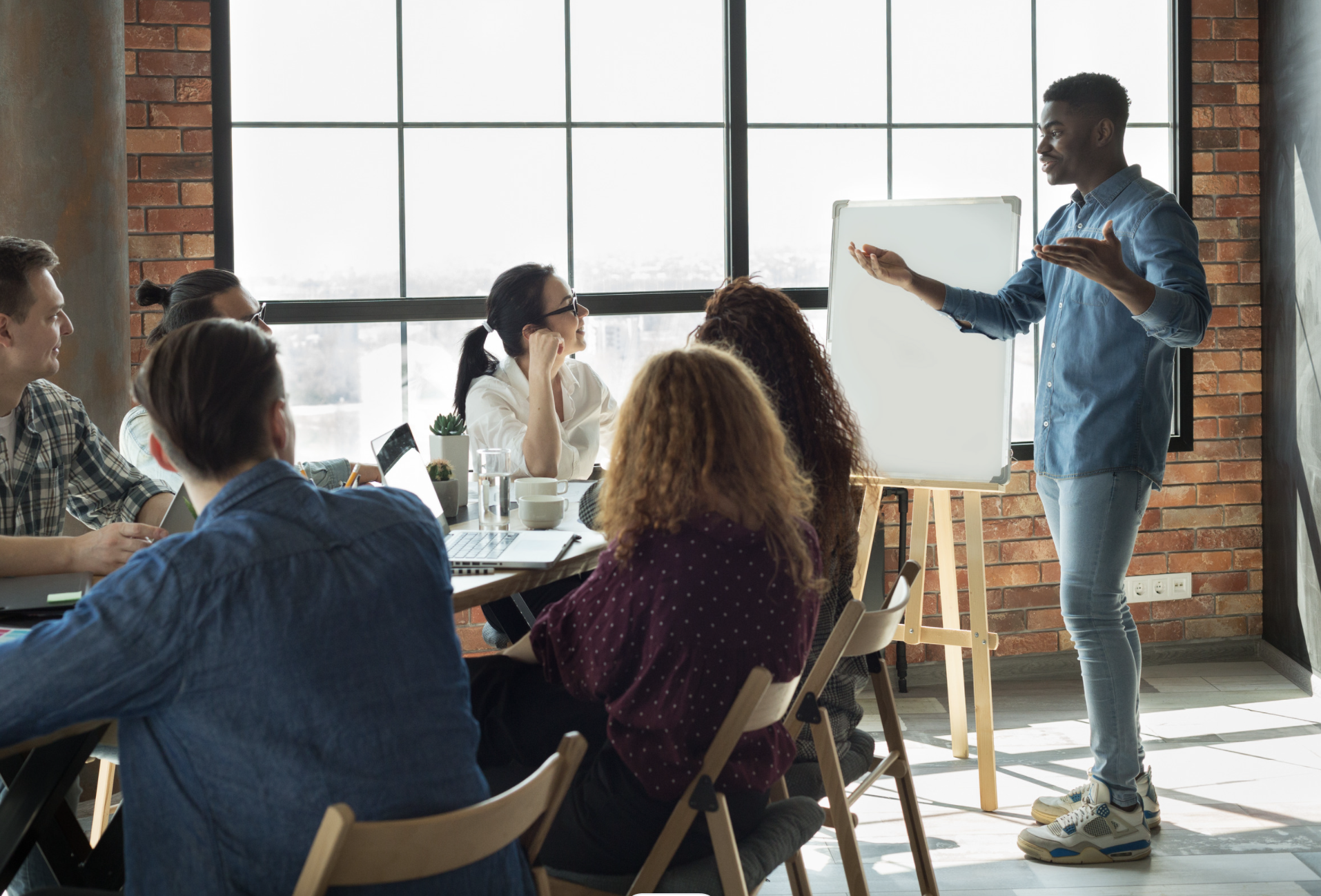 The nine protected characteristics under The Equality Act (2010) are as follows:

Generally speaking, discrimination occurs when someone is treated less favourably because they possess at least one of these characteristics.

However, discrimination by association extends  protection to those associated with someone in possession of one of these characteristics.

To prove direct discrimination, you don’t actually have to prove that others (without a protected characteristic or an association to someone with one) are being treated better than the victim. Instead, you only need to prove that the person in question would’ve been treated better in a parallel situation.

What qualifies as association?

So what do we mean by association?

Although there’s no explicit definition to point to, the Equality Act Code of Practice uses examples such as parent, spouse, partner, carer or friend.

This association isn’t even required to be permanent - the relationship needn’t be close nor personal.

For example, anyone treated less favourably because they were seen with or campaigned on behalf of someone with a protected characteristic could make a case for discrimination by association.

Examples of discrimination by association

Someone could be treated worse due to having a partner (or just a friend) of a different race.

If they were to be treated worse because their employer/ manager found out about said relationship, this would be grounds for race discrimination by association.

An employee could be discriminated against due to their connection with (or support of) gay friends.

Even if the employee themselves is not gay, they could still be a victim of discrimination by association if they were treated less favourably because of their friendship with people who are gay.

If an employee was to be punished due to taking time off or requiring flexible working to take care of a disabled child or relative, then this could be a case of discrimination by association.

Although the employee is able bodied, their less favourable treatment is due to their relation to someone with a protected characteristic - in this case a disability.

When it comes to maternity, the law is not so clear-cut.

But it’s still a grey area in terms of whether or not a non-pregnant person can claim maternity discrimination.

In the tribunal case of Gyenes v Highland Welcome (UK) Ltd t/a The Star Hotel, a husband and wife dismissed from employment at a hotel following her pregnancy announcement - both won their case.

And the husband claimed sex discrimination (by association).

Although this was just a tribunal decision, it goes to show that there is a claim to be made when someone is mistreated because of their connection to a pregnant person.

This was the case that resulted in discrimination by association being added to UK  legislation under The Equality Act 2010.

The parent of a disabled child claimed that they had been treated less favourably by their employer due to their child’s disability.

Although the parent wasn't disabled, they claimed they had nonetheless been a victim of direct discrimination.

An employee with a disabled daughter was made redundant.

Management had asked them to remain absent from work to care for their daughter.

It was found that the employer felt that their place was at home with their disabled daughter and not at work - a stance that was ruled as being unlawful.

A telesales employee was dismissed following an absence from work due to her husband’s leukaemia.

The employer had made a stereotype-based assumption that because of her husband’s illness, she would be unreliable.

It was found that this was an act of direct discrimination on the behalf of the employer.

Preventing discrimination by association the workplace

Whilst most workplace “banter” is harmless, it could affect employees who are associated with someone with a protected characteristic - and therefore cause offence.

Include discrimination by association in training

Although here at Applied, we tend to advise against unconscious bias training (we believe in fighting bias, but by using a blind hiring process instead), if you are providing it, make sure you include discrimination by association.

If you have to make somebody redundant, make sure you follow a fair procedure. This should be based on objective criteria - and should not have anything to do with protected characteristics (or someone's relation to someone with them).

And if you want to go the extra mile...

As it stands, employers are duty bound to make reasonable adjustments for disabled employees - this does not extend to employees associated with a disabled person.

Although not required, any employer who considers themselves inclusive should consider making adjustments for both disabled employees and anyone associated with a disabled person (if they’re in need of adjustments).

COVID-19 and discrimination by association

Discrimination by association is also very relevant in the current COVID-19 pandemic.

If an employee decides to ‘shield’ because a member of their household is classified as vulnerable, employers may be acting unlawfully if they treat that employee less favourably.

So what’s the takeaway here for you, the employer?

Well, if an employee can work from home, they should be allowed to.

If working from home is not an option, you may want to consider all options before looking at measures such as unpaid leave - as you might end up in hot water!

Applied was designed to make inclusive hiring as easy as possible - with bias removed from every step of the process.

Browse our resources to find out how we built diversity and inclusion into every step of the hiring process or feel free to request a tour of the platform. Alternatively, take a look at our list of the top job boards for diversity, based on data taken from over 100,000 applications.‍