What Is Race Discrimination? And How to Banish It From Recruitment 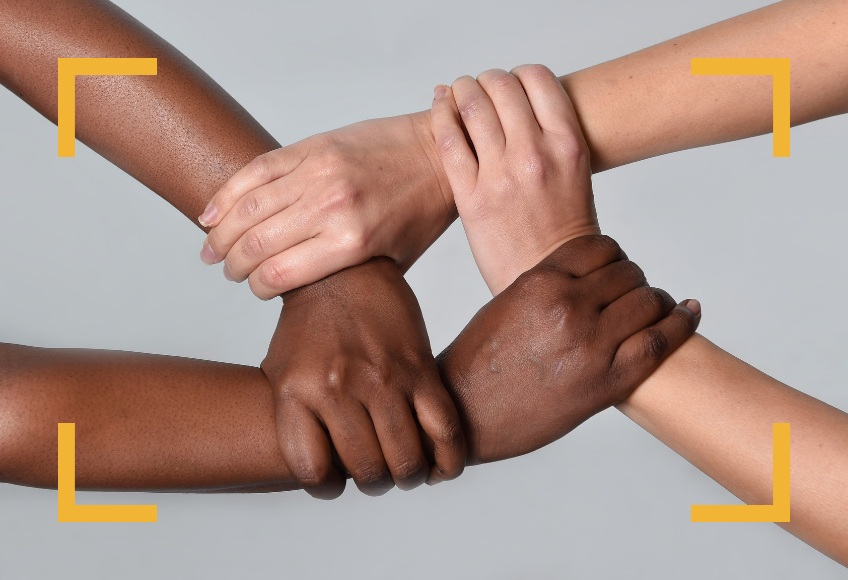 What is race discrimination?

Race discrimination means being treated differently because of your race.

You can also be subject to race discrimination because of your connection to someone of a different race (such as a partner).

Discrimination can take many forms.

There are two types of discrimination to be aware of:

Direct discrimination: being treated worse because of a protected characteristic

Indirect discrimination: when a policy applies universally but happens to disadvantage a particular group

The Race Relations Act 1965 was designed to fight race discrimination in the UK.

It was the first piece of legislation to do this - making it unlawful to discriminate someone based on their colour, race, ethnicity or national origin.

Despite the legislation, here in the UK, the data suggests that there is still race discrimination in the workplace.

Take a look at these stats courtesy of EqualityHumanRights:

A study conducted by Inside Out London sent out applications to 100 open roles.

The CVs submitted were identical, except for the names.

Half were sent from ”Adam" and the other half "Mohamed."

This means that candidates with Muslim-sounding names are 3x more likely to be passed over for a job.

In a 2004 study, 5000+ resumes were sent out to a wide range of organisations with either African-American or white-sounding names.

Job applicants with white-sounding names needed to send roughly 10 resumes to get a callback.

Applicants with African-American names needed to send about 15 resumes to get a callback.

So, if you have an African-American name, you’d need an extra 8 years of experience to get the same number of callback as someone with a white-sounding name.

A German study had similar results…

Identical job applications were sent out to employers, the only difference being the name on the application and the photo attached (which is common practice in Germany).

The results were as follows:

Women with a Muslim-sounding name and appearance are 15% less likely to receive a callback.

Race discrimination can be tricky to remove from recruitment because for the most part, hirers don’t know they’re doing it.

The disparity in callback rates is more likely to be down to unconscious bias.

In short, unconscious bias refers to the prejudice we have that we’re unaware of.

We tend to group people based on physical attributes and gravitate towards those most similar to ourselves.

Because this bias is unconscious, it’s near-impossible to remove using training alone - which has been proven to have little effect on behaviour change.

So, how do we remove this bias so that everyone gets a fair shot?

Here at Applied, we made it our mission to remove discrimination from the recruitment process.

The first thing we did was anonymise the screening stage.

As you can see from the studies above, identifying information like names and photos can trigger bias, so these should be the first to go.

You should also remove addresses, date of birth and any other revealing information.

Schmidt & Hunter’s metastudy found that education and experience are not predictive of ability.

By removing these requirements, you’re giving candidates from all background a fair chance, no matter how big or small of a head-start they had.

Instead of asking for CVs, try our data-driven, bias-free screening method: work samples.

Work samples are job-specific, hypothetical questions designed to simulate the role as closely as possible - and are 3x more predictive than CVs.

3. Use crowd wisdom to review candidates

Crowd wisdom is the general rule that a collective judgment is more accurate than that of an individual.

When judging candidates both at the screening and interview stage, having multiple reviewers will result in a more accurate assessment.

Three is the ideal number - since you’ll start to see diminishing return after that.

It’s also worth noting that generally speaking, the more diverse your reviewers are, the greater the chance of hiring a candidate from a minority background.

4. Track how candidates progress through your process

Although your process should be anonymous, you might want to collect diversity data.

By knowing candidates' backgrounds (at an aggregate level only), you can track their progress through your hiring process to identify questions, tasks or stages that disadvantage any particular group.

Candidates shouldn’t be forced to share this information, although it shouldn’t be too difficult if you’re crystal-clear about why it’s being collected and the fact that it will not be used to identify them.

The Applied platform was designed using behavioural science to make blind hiring as easy as possible.

We baked bias removal into every step of the process so that you hire the best person for the job, no guesswork, no 'gut instinct'. You can now see how our platform works with a free trial, or browse or resource library. ‍