The truth about strength based interview questions (and a fairer, data-driven alternative) 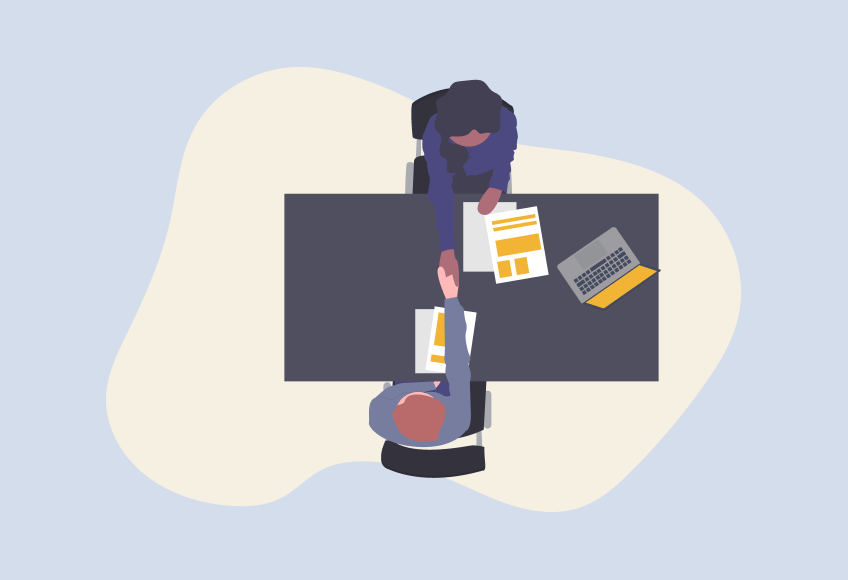 What are strength based interview questions?

The philosophy behind a strength based interview is that by honing in on candidates’ strengths, interviews are a more positive experience and candidates will be happier in the role is matched to what they like doing.

This focus on candidates’ strengths and passions means that strength based interview questions tend to be more personal - with interviews asking about the candidates themselves, rather than their job knowledge.

Why do employers use strength based interviews?

Since a strength based interview moves away from experience and job-specific skills testing, they tend to be used for more entry-level roles.

If the vast majority of candidates don’t have experience, then it makes sense that organisations have sought out an alternative to competency based questions.

Strength based interviews are also seen as being a more genuine, pleasurable experience, since the conversation is directed towards what candidates enjoy and what they believe they’re good at, plus people generally perform best when relaxed and comfortable.

What are the disadvantages?

There are two key downsides to the strength based interview:

On the first point, we know that unconscious bias has a measurable effect on hiring decisions, and given their personality-focused nature, there’s reason to believe that strength based interviews will only make this worse.

If we take a quick look at the research around interview bias, one study found that candidates with an ethnic name, speaking with an accent, were viewed less positively by interviewers.

Another study conducted in the US found that White job interviewers sat further away from African American job candidates than White candidates, made less eye contact, and made more speech errors during interviews - causing these candidates to perform worse.

This bias doesn’t just apply to race - the famous Heidi Roizen case study presented students with the real-life case study of Heidi Roize. Whilst half of the class were given her actual name, half were given the case study with the name ‘Howard.’ The students said that they’d prefer to work with Howard. And Heidi was perceived as being significantly less likeable and worthy of being hired than Howard, as well as more selfish.

So, it’s clear that candidates’ identities can influence the way in which they’re perceived.

And there are also plenty of other biases that affect decision making.

Strength based interviews are generally praised as supporting diversity because they focus less on background.

However, there doesn’t seem to be any evidence to support this - this is in part due to a lack of research on strength based interviews, but given that the question type is the only variable that separates them from competency based interviews, its unlikely that they have any substantial effect on diversity.

Standard interviews lead to those from minority backgrounds being disadvantaged, and there’s no reason to believe that this will change just by asking candidates what their strengths are.

Whilst some biases around experience or education may be marginally reduced, we are subject to a host of other unconscious biases that will still influence our hiring decisions.

In fact, if candidates are asked to reveal more about themselves (and less about their skills in relation to the role), it’s reasonable to suggest that strength based interview questions could even result in more bias than a regular interview.

Once you strip away skill-based questioning, a strength based interview starts to look a lot like a personality test.

Addressing the second criticism of strength based interview questions - they don’t appear to tell us anything about a candidate’s suitability for the role.

Shouldn’t this be the only thing that matters?

Granted, competency based interviews come with their own downsides (which we’ll address later on), but moving away from skill testing is a step backwards in terms of fair, predictive hiring practices.

Looking at the results of a 2019 study - situational and past behavioural interview questions significantly predicted job performance, and so if these require experience which candidates don’t have, it would make more sense to look at refining these methods, rather than re-inventing the wheel.

One of the fundamental issues with strength based interview questions - other than the fact that they’re void of any real testing of ability - is that they seem to be impossible to judge with any degree of objectivity.

Scoring criteria is a fairly essential means of keeping hiring both fair and predictive - how could you even begin to draw up scoring criteria for the examples listed above?

A better way to assess people with no experience

True, you can’t ask candidates without relevant experience how they’ve handled a given scenario or task.

But that doesn’t mean you can’t ask them how they would handle it, given the chance.

The supposed benefit of a strength based interview is that it (as the name suggest) plays to a candidate’s strengths.

Well, structured work sample-style interviews do just that too.

Work samples take parts of the role and ask candidates to perform them.

They’re designed to simulate the job as closely as possible, which is why they perform so highly in terms of predictive validity (just look at the results of the metastudy below).

Work samples take all of the predictive power of a situational competency question, except they’re phrased hypothetically, so that experience isn’t required to give a top answer.

Where competency based questions are let down by their phoney, mechanical nature and over-reliance on past experience, work sample questions allow candidates to showcase their skills and suitability for the job.

Unlike strength based interview questions, work samples can be scored against set criteria to generate scores - removing much of the bias we tend to see at the interview stage.

If we look at the two core styles of interview:

Competency based interviews: are skills-based but require experience

Strength based interviews: are less focused on experience but don’t test skills

Work samples enable you to test for skills without necessitating prior experience.

Whilst this may, at times, be more challenging for candidates than simply sharing information about your personal interests, it’s also more rewarding.

Across over 150,000 applications, candidates rate our work sample-based process 9/10 on average.

So, we can with confidence: candidates appreciate being assessed purely on the skills needed to do the job, without bias.

Look at it this way - what’s more rewarding?

Getting the job because the interviewer ‘liked’ you…

Or getting the job because you were demonstrably the best candidate.

Ideally, work samples will be tailor-made for the role you’re hiring for.

You start by taking the core skills required for the job and then thinking of realistic scenarios or tasks that would test those skills.

You then pose these scenarios hypothetically, asking candidates ‘what would you do?’

Here are a few examples we’ve used for roles here at Applied:

As you can see, these work samples are hyper-specific to the role being hired for.

The idea is to have your work sample interview questions mirror real tasks that would likely occur should the candidate get the job.

Your interview questions don’t always need to be questions per se - since you have the chance to see how candidates think and work in real-time, you can present them with data or scenarios and have them talk through their insights out loud.

For customer-facing roles, you could also use role-playing tasks to test interpersonal skills and pushback handling.

By basing interview questions around skills, you can easily create scoring criteria against which to assess candidates’ answers.

This will help mitigate a degree of bias, and also enables you to get other team members involved in scoring (which again mitigates more bias).

At Applied, we have three team members for each interview round.

Having multiple people score answers means that any individual biases will be averaged out.

What about culture fit?

You could argue that strength based interview questions offer an insight into how candidates would fit in with the team and company culture since they seem to look primarily at personality.

But should we still be testing for culture fit at all?

If your organisation sees culture as something set in stone that must be stuck to, then its likely a source of unconscious (or even conscious) bias.

Whilst you could switch to ‘culture add’ - an assessment of what people can add to your culture - we’d recommend switching to mission and values alignment.

This is a fairer, more objective and inclusive approach to culture.

What you’re really asking is: are candidates as passionate about your mission as you are and are they aligned with your team’s values?

You could choose to bake your values into your scoring criteria. Or, you could simply ask a question at the start of your interviews similar to the one we ask all Applied candidates…

To find out how all this is done, feel free to request a demo or take a look at our free resources.‍