What Is a Psychometric Test in Recruitment?

Published by:
Shirwac Dirir
March 31, 2020
7
min read
Find out more
What is Applied?
Why Applied?
Book a Demo 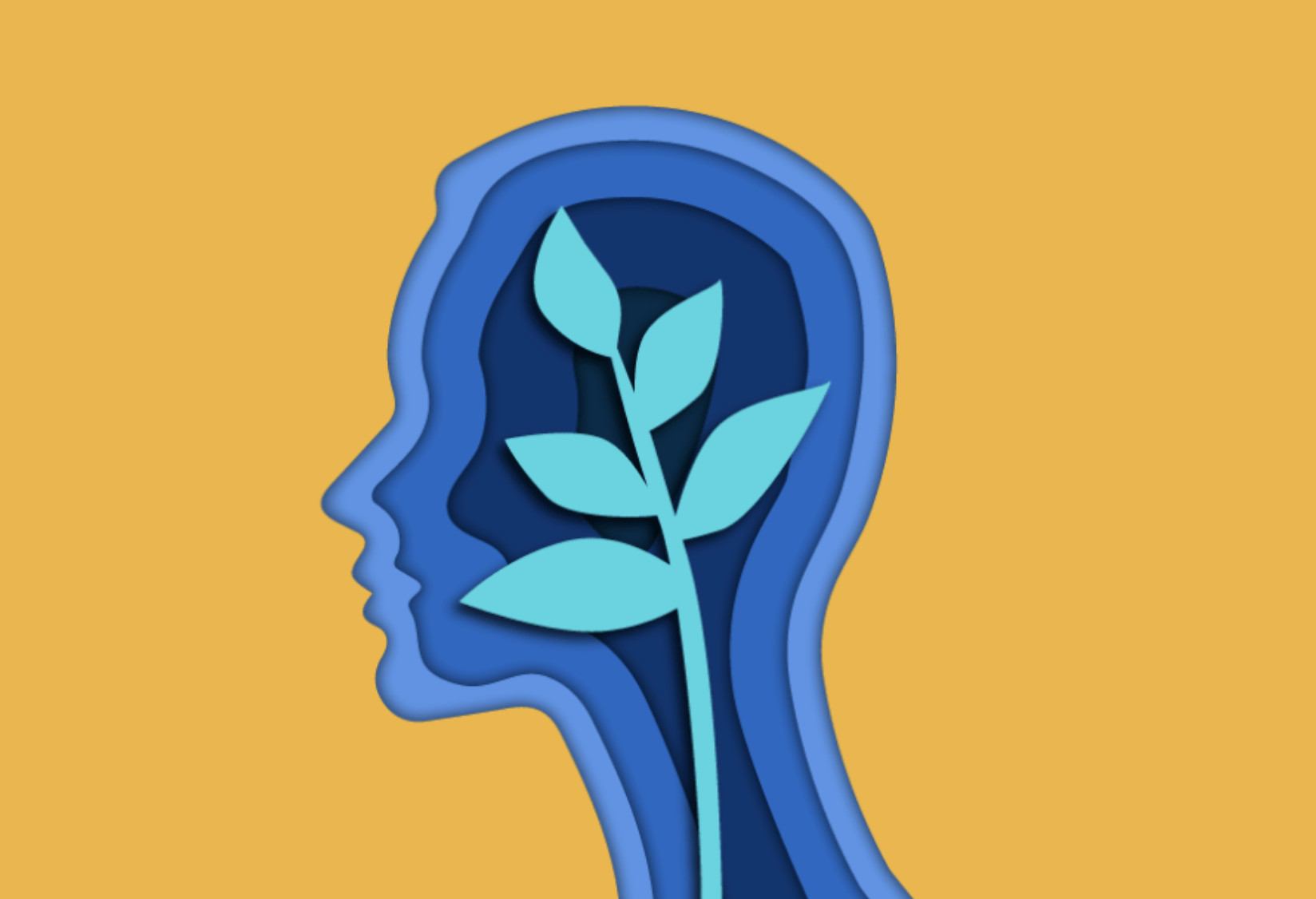 More and more companies are using psychometric tests as a talent assessment tool in the recruitment process. According to People Management psychometric tests are used by 80% of Fortune 500 firms, as well as 75% of organisations listed in The Times Best Companies to Work For.

Despite their increased usage, questions still remain as to whether psychometric testing is a completely fair hiring method. As well as this, we must assess if psychometric tests are reliable indicators of future job performance.

In this article we will review the benefits and limitations of psychometric testing in recruitment, giving employers the heads up on whether or not to include them in their hiring process. We will then briefly delve into how Applied’s recruitment software allows leaders to test job applicants for the exact skills and attributes that make up their ideal candidate.

What is a psychometric test?

While the word ‘psychometric’ sounds overly technical, it simply defines ways of ‘measuring’ the mind. The concept has also been around longer than some may realise. Psychometric research has been around since the late 19th Century. One of the first examples was the University of Cambridge's psychometric lab, which studied subjects’ memories, reactions, and attention spans.

When it comes to hiring, psychometric tests can be used to measure an array of skills and attributes, from critical reasoning, verbal and mathematical ability to emotional intelligence and soft skills such as communication and time management.

Those who are unfamiliar with ‘psychometrics’ may be envisioning some form of Freudian scenario. However, they've likely encountered one of the most common psychometric tests, the Myer Briggs Personality Test. That’s right, one of the most popular personality tests, the one that tells you whether you’re an Inspector, a Campaigner or a Crafter, is a classic example of psychometric tests. This is one of many examples of personality profiling used by recruiters over the years.

What are the components of a psychometric test?

Psychometric tests vary in their content, based on whichever test a recruiter or manager may deem to be the best fit for a specific role. That being said, psychometric tests can be broadly classified as one of two categories: aptitude tests and personality tests.

Anyone who has taken an IQ test should be familiar with aptitude testing. These tests often use multiple-choice questions and are designed to measure a person’s proficiency in a specific skill or ability. Below are some of the skills that are usually assessed via aptitude tests:

Managers may use personality tests in recruitment because they feel that a person’s CV, as well as the way they present themselves in interviews, is not indicative of their ‘true’ character. These tests seek to gain a deeper insight into whether a candidate has the right attributes to not only flourish in the advertised role but also to gel with a range of personality types (which is what we often mean when we talk about “culture fit”). Theoretically speaking, a personality assessment could help answer a range of key questions:

What are some examples of psychometric tests?

In this test, 32 personality traits are categorised based on how they impact both your work and your relationships with others. Examples include a person's thinking style, their sense of empathy and how they influence others.

The OPQ also includes a ‘social desirability measure.’ This supposedly roots out those who may be hiding their true colours. In other words, the test deters people from offering answers that they think will 'appease' the interviewer.

The SHL Management and Graduate Item Bank (MGIB) is a test battery, with a range of assessments to measure logical reasoning skills. These assessments test numerical and verbal abilities, using questions based on business scenarios. As the title suggests, these tests are often used for promotion decisions, as well as screening candidates for fast-track graduate schemes or managerial positions.

Raven’s Progressive Matrices (RPM) are a group of non-verbal tests. Candidates have to identify sequences using geometric designs. These tests help determine a person’s capacity for abstract thinking and problem-solving. RPM was originally developed to determine the genetic and environmental factors of cognitive ability. Nowadays it is used across many educational and workplace environments. RPM is particularly common as a pre-interview screening tool, filtering out unsuitable candidates.

What are the benefits of psychometric testing in recruitment?

Psychometric testing evaluates (and importantly, quantifies) a candidate’s ability to perform a range of tasks, taking their result as indicative of skill. Many argue that this ‘objective overview’ helps leaders make an informed decision and reduces risk in the hiring process. According to their research 81% of organisations believe that psychometric tools, when used as part of an integrated evaluation strategy, have helped them make less risky hiring decisions.

One of the big problems with both CVs and traditional interviews is that they’re both subjective ways of measuring a person's skills. Moreover, some of the evaluation criteria can vary on a person-by-person basis. Both of these issues are somewhat rectified by psychometric testing. Not only does psychometric testing offer a standardised approach, but it also provides a way to benchmark candidates so that if anyone falls below a certain criterion, they can be quickly taken out of the running.

Psychometric tests can be particularly beneficial for higher-level job vacancies. There is often more of a focus on a candidate's personal attributes and character. These jobs require someone with leadership skills. The successful candidate could be a driver of large-scale organisational change. In that case, that person needs to be able to motivate and inspire others. For these kinds of positions, psychometric testing can quickly weed out unsuitable candidates.

Want to ensure that you are testing candidates based purely on their individual skills and merits? Find out how the Applied recruitment platform makes this possible.

What are the disadvantages/dangers of psychometric testing in recruitment?

The issue with psychometric tests is that companies often think of them as a 'magic bullet' hiring solution. We only need to mention the controversy surrounding Paul Flowers. Also unfortunately known as 'The Crystal Methodist', Flowers had a disastrous reign as chair of Co-Op bank. Upon his resignation, it was found that he was hired partially off the back of psychometric tests.

People became highly invested in psychometric testing for a variety of reasons. Firstly, it was vouched for by people with considerable clout. Also, at the risk of sounding flippant, it has a science-y sounding name. Therefore, many people trusted psychometric testing as a surefire way of finding the best person for a job. The reality is that they were never really intended to be the sole means of evaluating a candidate. Rather than companies using these tests as an aid for decision making, they have instead trusted the tests to decide for them.

This is not to suggest that psychometric tests are completely devoid of merit. They can certainly yield some compelling insights (way more than a CV for instance). However, we must remember that when these tests were first developed, they were being used by doctors, researchers, and psychiatrists. Now it seems any Tom, Dick, and Harry can print out a Myer Briggs sheet and say that they’re administering a psychometric test. Richard MacKinnon, an occupational psychologist, puts it quite plainly when he says ‘psychometrics are only as good as the tool – and the hands using it.”

Suppose psychometric tests were carried out by vetted pros, and that they only formed part of an extended job application process. Can we be sure that they provide an objective - and more importantly fair - way of evaluating candidates? Multiple factors could potentially affect the fairness of psychometric testing:

The first issue is that some of the traits they measure are so broad, that it could potentially be tough to truly differentiate between candidates. After all, as human beings we all have cognitive abilities and communication skills - two things that are measured by psychometric tests.

Secondly, it could be argued that psychometric evaluations measure more abstract, indirect skills. The problem is that these types of skills, as well as character traits measured in personality tests, aren’t necessarily indicative of how well someone would actually succeed in a particular role. Psychometric tests can indicate that someone may have the aptitude for a certain skill. But should we be measuring based purely on aptitude? It could be akin to saying someone who’s played Operation has the aptitude to become a neuroscientist. While it may to some extent depend on the role in question, it’s likely you’ll want to hand the scalpel to someone you can be 100% sure that they’ll carry out the job to the best of their ability.

Ultimately, psychometric tests can add some colour to your assessment of a particular candidate. However, it’s unwise for companies to allow these tests to dictate their entire recruitment strategy. With the current debate surrounding the ‘fairness’ of psychometric tests, you may ask whether there are any completely impartial hiring methods. At the risk of blowing our own trumpet, we’d like to tell you more about our bias-free recruitment platform.

At Applied, we believe that an anonymised skills-based approach is the future of hiring. We’ve carried out extensive research into the hiring process, and the results confirm our view that conventional methods, including psychometric testing to some extent, fall short of predicting how well a person will actually perform once they start their new role.

That’s where our platform comes in.

Firstly, our clients have access to a vast library of work sample questions, as well as having the ability to tailor their own questions. This guarantees that they only assess the skills required for a specific role - which opens up their talent pool and provides an equal playing field for every single candidate. Each application is anonymised and randomised, so the focus remains on skills and abilities.

Work sample questions help to quantify performance, so managers can feel confident that they are making a well-informed and data-driven hiring decision. Ultimately, an empirical approach helps managers clearly identify the unequivocally best person for the role. Finally, each unsuccessful candidate is provided with in-depth feedback. This means they can find out exactly which skills to develop for any future applications.

Interested in finding out more about our fairer, more predictive hiring methods? Why not Request a Demo today?