Should You Use Diversity Quotas? A Look at the Evidence 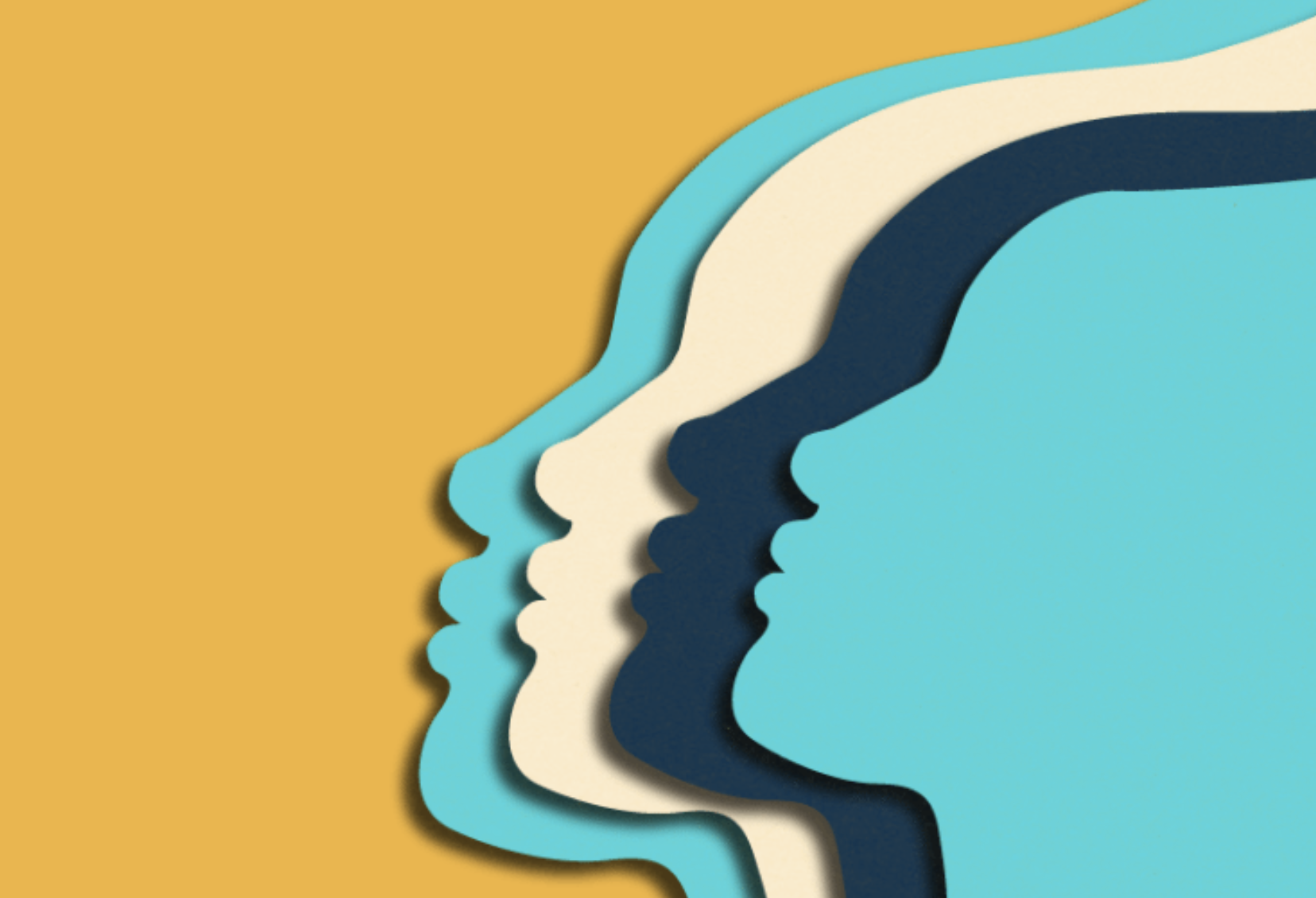 Diversity quotas are a system used to increase the number of under-represented groups into specific positions by requiring that a specific percentage of those in that position are of a given gender or ethnicity.

The thinking is that since members of specific groups are subject to systematic disadvantages and biases, having quotas will offset these effects and balance out diversity in a real, measurable way.

However, this approach is often met with resistance.

Critics of diversity quotas accuse them of being unfair, divisive and short-sighted.

Diversity quotas UK - are they legal?

The short answer: yes, diversity quotas are completely legal here in the UK, whether it be to increase the number of women, people from ethnic minority backgrounds or any other protected group.

This being said, employers would still need to tread very carefully when it comes to filling these quotas.

Whilst positive action is legal, positive discrimination is not.

If two candidates equally qualified candidates are in a tie-breaker situation, it’s legal to hire the candidates from an under-represented group under the Equality Act 2010.

Norway’s quota law was one of the first of its kind in Europe and is often pointed to as an example of quotas being a legitimate means of increasing diversity.

This law required companies to have at least 40% female representation on their boards.

A 2013 study looked at the data beforehand after the introduction of the quota law and found that it had increased representation in senior positions.

Researchers observed that when a critical mass of women (at least three) on boards increases the likelihood of both women board chairs or CEOs.

After introducing the quota law, the representation of women on the boards of Norway’s publicly listed companies increased from 3% in 1992 to 40% in 2009.

A study of  the effect of quotas in Germany found that they successfully increased the number of women in politics.

In 1973, only 8.3% of members of local parliaments were women, and in 1983 - after the Green Party and its strict quotas entered the political arena - the percentage had increased to 13.4%.

By 1996, the Social Democratic Party had also implemented quotas, this went up to 25%.

The study also found that quotas had positive effects beyond just short-term diversity increases such as:

Researchers concluded that minority group members will only attempt to enter a domain if they feel motivated to do so – and that quotas can boost this motivation by making failure seem less likely.

In 2013, India introduced the Companies Act which made it mandatory for all publicly listed companies to have at least one woman director.

In Dehli, representation of women increased to just above 50%.

However, there were also some intended consequences...

​​The 2007 Spanish Gender Equality Act introduced a quota of no less than 40% of each gender to serve as board directors of the country’s biggest companies.

What was different about Spain’s quota laws is that there were no sanctions for non-compliance.

The combination of a weak incentives and a lack of penalties meant that board representation didn’t meet its 40% target.

Whilst quotas are mostly illegal in the U.S, a study of their application in higher education revealed that one of the unintended consequence of quotas is the way in which beneficiaries are perceived.

When the universities were described as being committed to an affirmative action policy, Hispanic applicants were seen as being less qualified.

Their primary (and only) concern is the number of people represented from a single identity group.

Not only does this gloss over things like retention, but it also gets difficult when you start looking at intersectionality…

There are also questions around whether or not diversity quotas help or hinder inclusion.

You can get more people from a given background into a position, but this doesn’t necessarily mean they’ll be treated fairly once hired.

If we were to boost female representation on boards, for example, this doesn’t remove all of the barriers that then prevent them from rising up the ladder or even having their ideas heard once in that position.

Whilst it’s not hard to imagine how quotas may anger the groups that they don’t aim to help (like white men, for example), they can also disadvantage the very people they’re designed to benefit.

Those hired via quotas can be left feeling as if they were hired based on their identity rather than their skills.

So, diversity quotas might not be the solution to diversity gaps, but this doesn’t mean there’s no solution at all.

The problem with diversity quotas is that they don’t address the root cause of diversity gaps - unconscious bias.

We make snap-judgments based on intuitive associations and past experiences that generally lead to minority groups being disproportionately overlooked.

Instead of enforcing quotas and the risks they come with - we can simply remove this bias that makes them necessary in the first place.

How can we improve diversity without quotas?

Diversity quotas may not be the most effective means of building more diverse and equitable workplaces, but we should still be working towards this goal.

At Applied, we believe that by building a hiring process that removes bias, you can increase diversity without quotas, and without the caveats that come with them.

Hiring for diversity doesn't have to stretch your budget. Since we know not everyone has the resources or bandwidth to completely transform your hiring, here are the some of the most impactful changes you can make towards a debiased process.

Things like someone’s name, age, address and perceived ethnicity can all trigger biases that lead to candidates being discriminated against.

No matter how pure our intentions, we all have biases.

We have a natural tendency to warm to those like ourselves and resist the unfamiliar.

Although its not possible to debias human beings (which is why unconscious bias training doesn’t work), it is possible to simply remove the information that leads to bias.

What to remove from applications:

This is a bitter pill to swallow for a lot of hirers, but the research is clear - education and experience don’t tell us much about someone’s ability.

Whilst these things may be proxies for how well someone will preform in the job, they also signal other socioeconomic factors.

And since we know that those from underrepresented groups face hiring bias, how can we then expect them to have the specific credentials we’re looking for?

The most predictive form of assessment is work samples.

Work samples simulate parts of the job by asking candidates to either perform or explain their approach to them.

Here’s an example for a Product Manager role:

Question: Our engineering team has been working towards the big release of a new tool. The planned release date is the end of the day tomorrow, but there are a number of bugs in it.

What would you do?

By testing skills upfront, we can identify candidates who have the skills necessary to perform in the role, without relying on education and experience - which often says more about someones background than their ability.

To build work sample questions, think of a realistic scenario or task that would occur in the role, and then ask candidates what they would do.

Think of them like ‘tell me a time when’ questions, except phrases hypothetically to avoid reliance on experience.

Ideally, you’d have 3-5 work samples instead of a  CV/cover letter process. This will allow you to find the best people for the job completely anonymously.

However, if you’re not in a position to axe CVs, we’d recommend using work samples alongside CVs.

You’ll likely find that those who show the best skills aren’t the same people you would’ve shortlisted based solely on their credentials.

Have multiple reviewers to mitigate bias

Even when using an anonymous, skill-based hiring process, individuals can still have biases.

This is why it's advised you have three reviewers score candidates against set criteria.

Why? Because collective judgment has been proven to be more accurate than that of an individual, and any single person’s biases will be averaged out.

If you’re going to be using work samples, give yourself a scale and review guide to score against.

At Applied, we use a 1-5 star scale and a simple bullet point guide.

- Vague, little or no effort made

- Some of the below points

- A view to the big picture and how to support it

- Clear steps to get themselves up to speed

By data-proofing your process like this, you’ll be able to make easy, unbiased hiring decisions.

One of the reasons quotas appear to work is that they make someone responsible for a metric.

Whilst we wouldn’t advocate for strict quotas, we do believe in monitoring how different groups progress through your hiring process to ensure that its fair.

If you see that people from a given group are consistently scoring poorly on a certain question, then you can go in and look at whether or not something in the phrasing or content of that question is causing an unfair disadvantage.

Once you can prove your assessment process is fair, you can then start to look at sourcing.

Some channels will bring a more diverse set of candidates than others, and so you can simply double down on these.

True, debiasing your hiring won’t guarantee you a set number of hires from a given group, but by putting the empahsis on skills and anonymizing your process, diversity will improve over time.

Diversity quotas can and often do work in the short-term - and they certainly don’t mean jobs are given to people who don’t deserve them.

However, they are a quick fix which come with downsides and cause tension.

So whilst quotes are by no means an entirely flawed means of boosting representation, you should start by looking at the hiring process… are there steps you can take to make your recruitment more inclusive before looking to more divisive strategies?