Published by:
Shirwac Dirir
9
min read
Find out more
What is Applied?
Why Applied?
Book a Demo 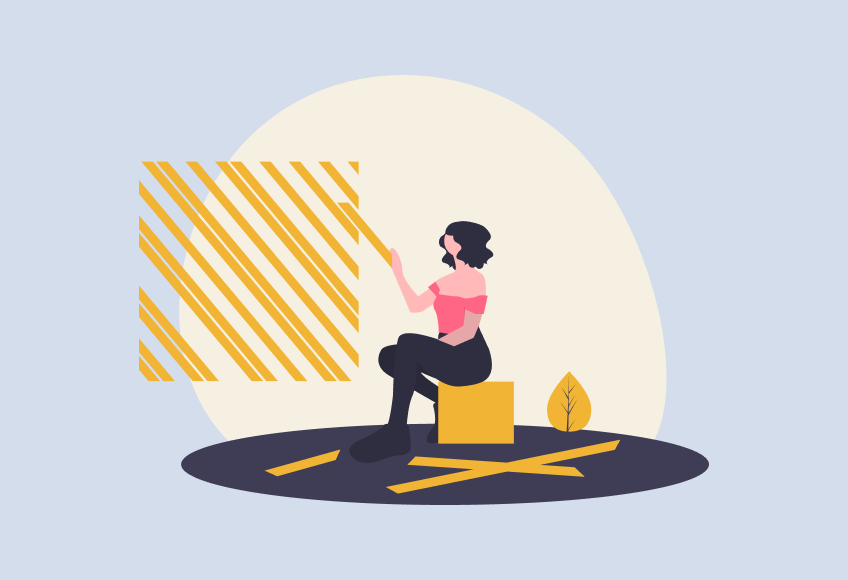 Updated 07/01/202 with additional research around class discrimination and concrete steps for removing bias from the recruitment process.

Do you believe that you live in a fair society?

Fairness is increasingly being seen as the leading marker of a progressive society (you’ll struggle to find a politician of any party who doesn’t bang on about it come election time), yet it is one of those abstract ideals that is almost impossible to define and even harder to achieve.

In the continuous struggle to make society fairer, it’s inevitable that not all causes will receive the same amount of attention or progress at the same rate. For example, diversity when it comes to gender, race and sexuality have been at the forefront of equality movements in recent years.

One form of inequality that is becoming increasingly conspicuous by its absence is social class discrimination or “classism”.

Classism is defined as discrimination against someone who belongs to (or is perceived as belonging to) a particular social class. This prejudice can be based on the perception of someone’s wealth, education, appearance, accent or job, and is usually underpinned by social stereotypes about particular social classes.

While class discrimination can be aimed in any direction on the social scale, its most common and pernicious effects typically stem from the source of power i.e. from the upper classes downwards.

Like all biases, social class discrimination can manifest in every corner of society. Yet it is in employment where it is most noticeable and, fortunately, most rectifiable too.

While the UK government has been quick to legislate against racial, sexual, gender and age discrimination within hiring, it would appear that class discrimination might be the last taboo that needs serious attention.

As mentioned in another of our posts, the Equalities Act 2010 makes it illegal within the workplace or during the hiring process to discriminate against anyone based on certain personal qualities, including age, gender and religion. However, there is no protection against social class, meaning that it is technically legal for recruiters to not hire a candidate on account of their class.

Even if this discrimination is not intentional – in fact, we’re pretty confident it isn’t for the majority of businesses – unconscious bias can always raise its ugly head without the recruiter even realising it.

Class discrimination in the workplace - what do the studies say?

Classism in the UK

A 2016 study conducted by Sam Friedman of LSE and Daniel Laurison of Swarthmore College Pennsylvania found that although roughly one third of the UK’s population come from a working class background, they only account for around 10 percent of the nation’s elite occupations.

What’s more, even when those people from working class backgrounds make it into those top professions, they go on to earn an average of 16 percent less than their colleagues from more privileged backgrounds.

These studies highlight the inherent “unfairness” of the current employment marketplace and really bring home the susceptibility of the process to irrational bias.

“It’s remarkable”, commented Amol Rajan, BBC Media Editor, of the above study. “It’s a terrible indictment of both education and the myths we tell ourselves about education.”

And this inequality can also be traced back even further, to where people went to school...

According to the Trade Union Congress (TUC), privately-educated individuals are more likely to get the highest paying graduate jobs:

These studies highlight the inherent “unfairness” of the current employment marketplace and really bring home the susceptibility of the process to irrational bias.

Another study conducted by the government itself, the State of the Nation Report 2016, found that: “from the early years through to universities and the workplace, there is an entrenched and unbroken correlation between social class and success.”

Here are some of the findings from the report:

Candidates can be discriminated against due to their accent

The University of York’s ‘Accent Bias in Britain’ project found that there is a ‘hierarchy of accents’ here in the UK.

When study participants were asked for their opinions of simple accent labels such as “Cockney” or “Birmingham English”, they penalised non-standard working-class and ethnic accents.

Middle-class “standard” accents were perceived as being the most prestigious.

Research from the Queen Mary University of London had similar findings…

Participants over the age of 40 viewed job candidates with regional working class accents as being less employable, as well as those with Liverpudlian and Afro-Caribbean accents.

Job discrimination based on where you live

Another signifier of social class that comes into play in recruitment is where you live. When stated on your CV (which, by the way, employers would be wise to ditch), your home address invites recruiters to make assumptions about you. If you grew up in a rough area, for example, they might draw the (completely unsubstantiated) conclusion that you lack ‘the finesse’ for a particular role. A prestigious postcode, on the other hand, may lead them to overestimate your abilities.

What’s even worse is that the inclusion of home addresses in hiring processes represents a serious obstacle to improving the lives on the homeless, as shown in this note from The Yale Law Journal.

Why is it so hard to tackle social class discrimination?

Due to the systemic inequality and lack of opportunity that those from underprivileged backgrounds face, they don’t tend to make it to the sourcing stage.

Given that someone from a working class background is less likely to have studied at a top school or Russell Group University, this means they’re less likely to even make it onto your initial pile of applications.

This is why classism is so difficult to solve - because it isn’t just about our biases and discrimination.

It runs much deeper.

Whilst we, as hirers, can’t solve societal inequality overnight, here’s what we can do to create a fairer world - at least when it comes to recruitment.

So what can we do about it?

Some organisations are already taking independent steps to address classism, and encourage social diversity in their workplaces. PwC, for example, have removed UCAS scores as entry criteria for the majority of their graduate roles.

This is undoubtedly a step in the right direction.

But, it begs the question – “why stop there?”

At Applied, we understand that class discrimination can stem from anywhere. From a candidate’s name, to their accent or home address, biases around social class can creep in at almost every turn.

With our blind hiring platform, we strip away all of the candidate’s irrelevant information leaving just the qualities that make them suitable for the job. As such, the chances of any form of bias distorting your hiring process are significantly reduced. This ensures that you’re always hiring the best candidate for the position.

While we’re aware that social mobility does not finish at the point of occupation entry, we think it’s a great place to start.

4 Steps to remove social class discrimination from your hiring process

The first step you’ll want to take is to remove all identifying information about a candidate from applications.

If we take candidates’ names, for example, this has been proven to trigger bias and affect who gets a callback.

Just look at the results of the study below...

Whilst we can’t always identify someone’s class from their name alone, some names tend to be more popular among certain demographics.

And we may also perceive a given race as being generally more working or middle class than another.

Along with names, you should also anonymise a candidate’s addresses, date of birth and any other information that tells you anything about them.

To find out more about how bias is triggered, you can read our post on the science behind unconscious bias.

2. Get rid of education and experience requirements

Since we know that one’s class tends to dictate which school and university they end up attending, it only seems logical to remove education requirements from job adverts.

Here at Applied, we’ve gone a step further and done away with experience requirements too.

For most hirers, this may seem like a step too far - but hear us out!

Both education and years of experience have been proven to be weak predictors of real-life ability.

They simply don’t tell us much about how suitable someone is for the role.

Instead, we use the most predictive forms of assessment available to test candidates.

The least biased and most predictive way to assess candidates is by testing skills directly.

Someone’s degree or previous experience might indicate that they’d be the most capable candidate, but why not test this for yourself?

You can do this through ‘work samples.’

These are role-specific questions designed to simulate the job as closely as possible. They essentially take tasks involved in the role and get candidates to either perform that task or explain how they would approach it.

For example, if you were hiring for a sales role, this could be an email or a pitch.

You can grab some of the work samples we’ve used to hire the Applied Team here.

Rather than using CVs (which have proven to be biased), we instead ask candidates to complete 3-5 of these work samples.

Using the above process means that no matter where someone is from, where they’ve worked or what degree they have (if any) -  if they can do the job, they’ll make it through the process.

4. Track and report on diversity data

Socioeconomic background is a less visible form of diversity than things like race and gender and so if you’re not actively collecting diversity data, you won’t be able to measure your success.

To forge a fairer hiring process, you need to know how people from different social classes progress through it so you can’t make the necessary adjustments.

Even when following best practices, some questions or entire stages may disadvantage a particular group.

Here a few ideas of data points you could collect:

Whilst these background questions are useful, they should never be mandatory for candidates. It’s also worth being clear around why you’re collecting this data and that it will only ever be used at an aggregate level.

Applied is the essential recruitment platform for fairer hiring. Purpose-built to make hiring ethical and predictive, our platform uses anonymised applications and skills-based assessments to improve diversity and identify the best talent.